KJM is a music band exploring Indian ragas with a pinch of rock’n’roll and psychedelia. Far from a consensual fusion, KJM incorporates technical excellence to create an exciting and passionate music. On one hand, there is Indian classical virtuoso and on second hand, there are musicians from the rock, and psychedelic jazz scene. More than a fusion, it can be called contemporary Indian music. In this project, tracks are improvised on Indian modes (ragas), no more indication are given to musicians. During live concerts, musicians play in a sponteneous way. The driving force behind KJM’s music is to bring out an artist’s honest expression at a given moment and thus going beyond the established structures or paradigms of music. As a “Bitches Brew” (Miles Davis) for the African American jazz, KJM explores the Indian psychedelia with an endless pleasure and the result is stunning. The spiritual aspect of traditional music is maintained but the shape is discussed, revised and polyphony exacerbated. 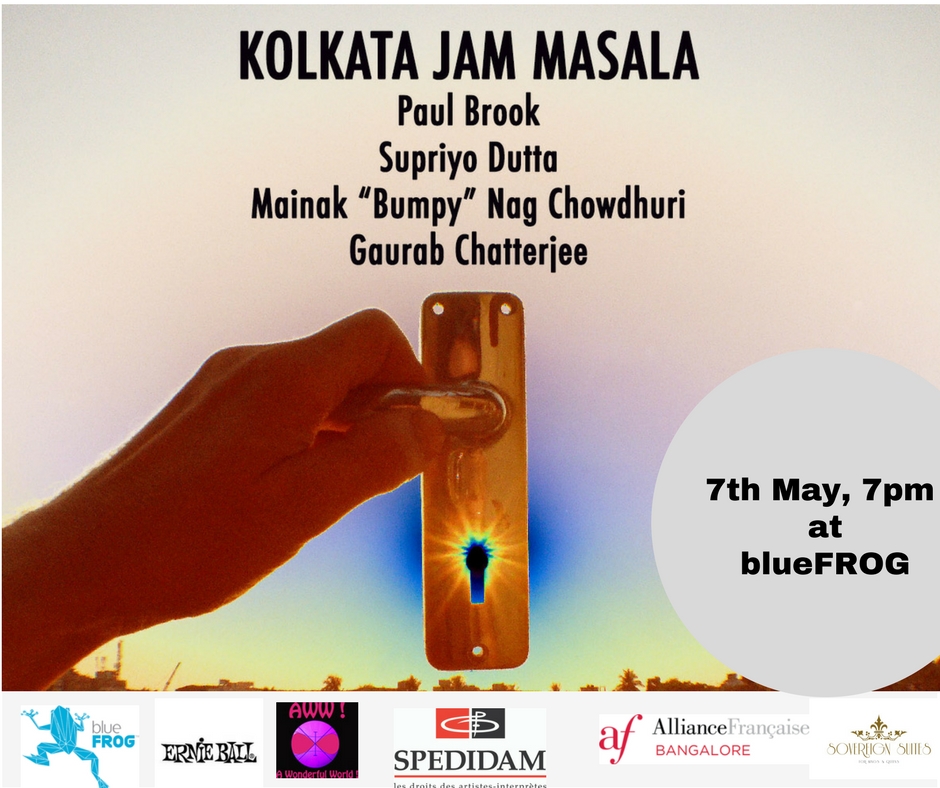