“The arts have a crucial impact on our economy and are an important catalyst for learning, discovery

A city that has a vibrant arts community is a city that spells success – and Bangalore is certainly such a city! In the last five years The Tortilla Entertainment Company has been organizing a variety of theatre festivals in Karnataka’s capital – including six runs of the Australia’s Short+Sweet , Zip Zap Pow, the only one minute festival in the country and other productions. This journey has been one of “learning, discovery and achievement” for founder Anita Mithra.

We are now proud to present a short format theatre festival which is a showcase rather than a competition, which nurtures and mentors excellence in theatre while still being inclusive in its invitation to participate. The audience will get to witness around 7-8 performances per night in a particular genre. All the performances will be specially chosen and staged and each night will have a new set of plays! The performances are brand new, never been seen before in the city and only around 15 minutes long. The audience can look forward to mini adaptations of the works of Indian authors and a lot of new writing with physical and devised theatre thrown in to mix things up! We have entries from all over the country!

The piece de resistance is an entire weekend of family friendly shows- short musicals and plays for and by children! With the special perspective we have gained into the various performing arts in the city, the new Tortilla Theatre Festival hopes to become the “voice of the city”. 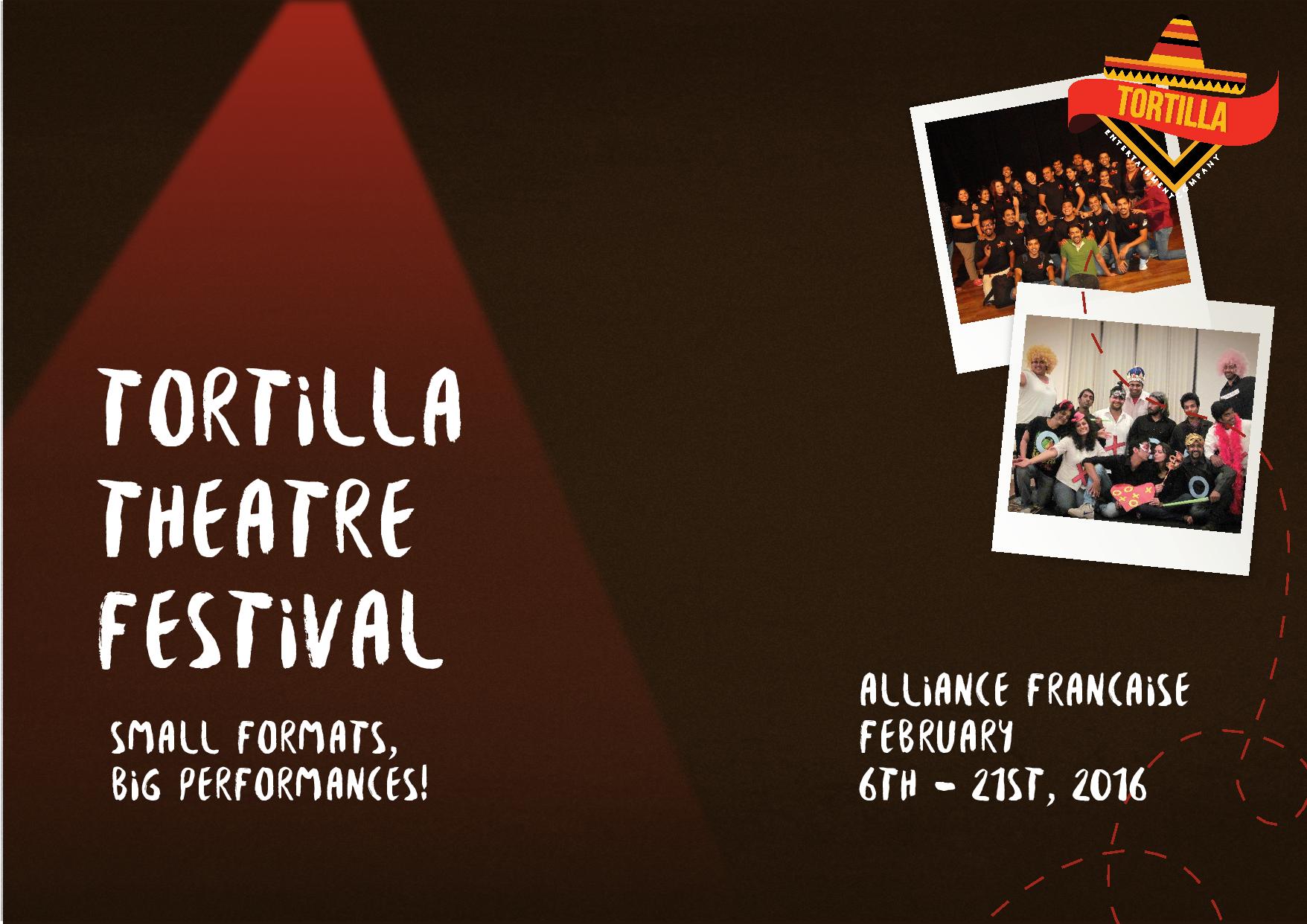