Bangalore Little Theatre is back with a psychological thriller – &quot; Tell me the name of a flower”. This is the second of a new programme called “BLT GOLD”; wherein we celebrate classic plays from our archives of over 200 plays done in the past 56 years.

A classic portrayal of six petals of a multi-shaded flower, petals each coloured with Pride, Helplessness, Greed, Fear, Blind love and Deadly illusions. This psychological thriller revolves around a murder borne of these various shades and the essence of the beautiful yet dangerous nature of the mind. Kanta has an affair with her husband’s best friend and the scene of the revelation brings out the news of their close friend Jyotsna’s affair from the past. With Jyotsna’s previous boyfriend blackmailing the couple with sneaky evidence, who will get killed out of the six under one roof that night becomes the crux of the story. The deepest vulnerabilities are tested and their impact forms the theme of the play.

Madhu Rye is a renowned contemporary Gujarati playwright, novelist and story writer. Born in Gujarat and educated at Calcutta, he started writing in the 1960s and became known for his stories and plays. His experience at the University of Hawaii introduced him to experimental writing and improvisations as writing aid, which later lead to a movement against absurd theatre. . He has adapted his novels into plays and some plays into novels. The most notable is Kimble Ravenswood which later was loosely adapted into a Hindi TV series and a Hindi film, What’s Your Rashee? Koipan Ek Phoolnu Naam Bolo To was translated into fourteen languages, and broadcast by the All India Radio and adapted as a telefilm by Ketan Mehta for Doordarshan. The english translation was done by Vijay Padaki.

Vijay Padaki has written 42 plays, besides several adaptations and translations. His first major translation project was this play. Seagull has published the pair of Rye plays that he translated. They have both been hugely successful BLT productions. The cast has talented folks from varied backgrounds including an Entrepreneur, Engineer, Executive coach, Theatre student &amp; HR Professional. 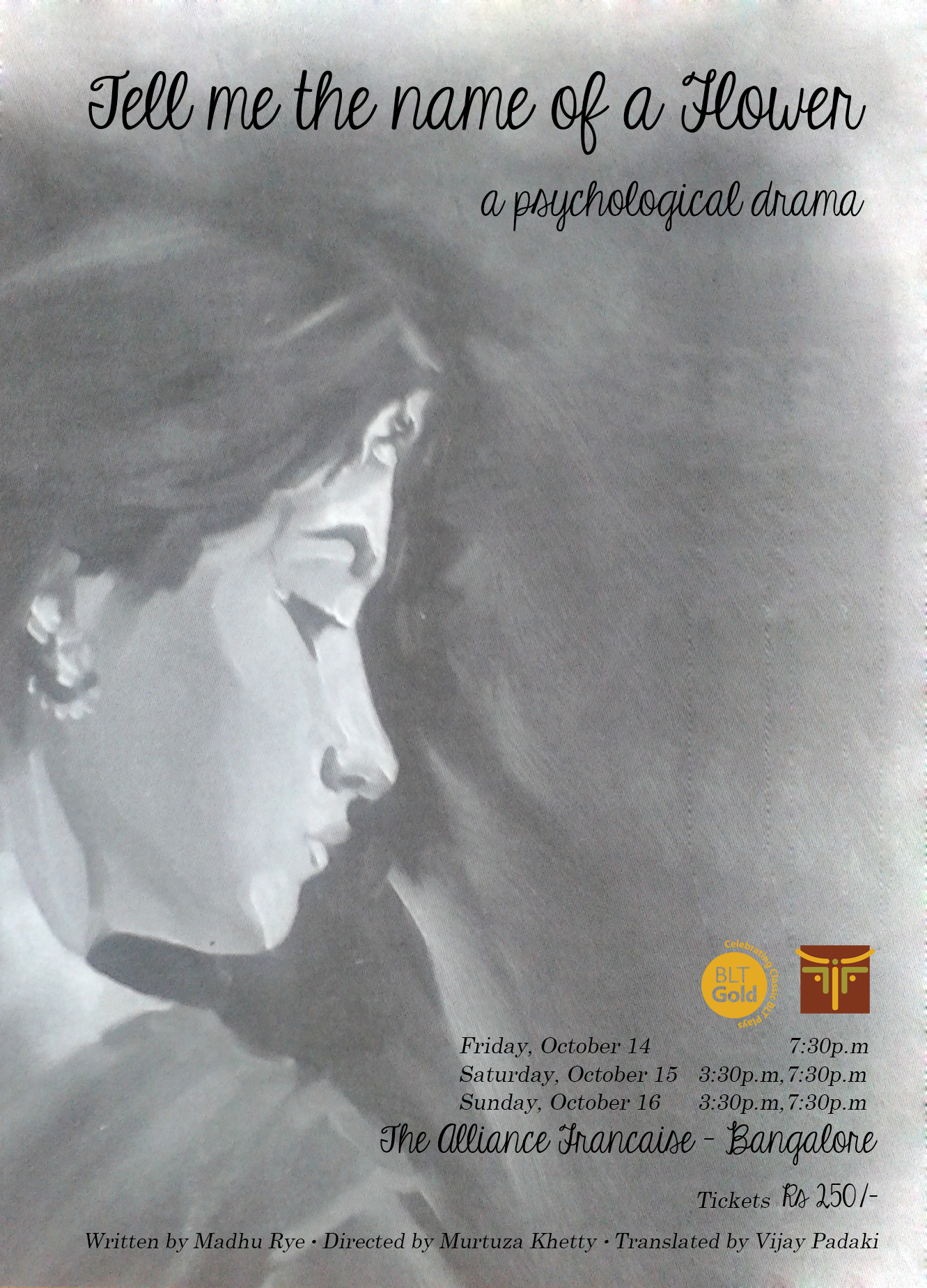