Phoenix Entertainment, in aid of Smile Foundation presents a fall off your chair comedy –. A successful young city man confides in his friend from the town about his rather unusual marital arrangements. Three gorgeous air hostesses, mistaken kisses, a grumpy maid and changed timetables throw off his careful planning, forgetting which lies to tell whom. Fasten your seat belts as it is going to be a bumpy hilarious flight. A Tony Award winner for best play revival. In association with Fever 104 FM. 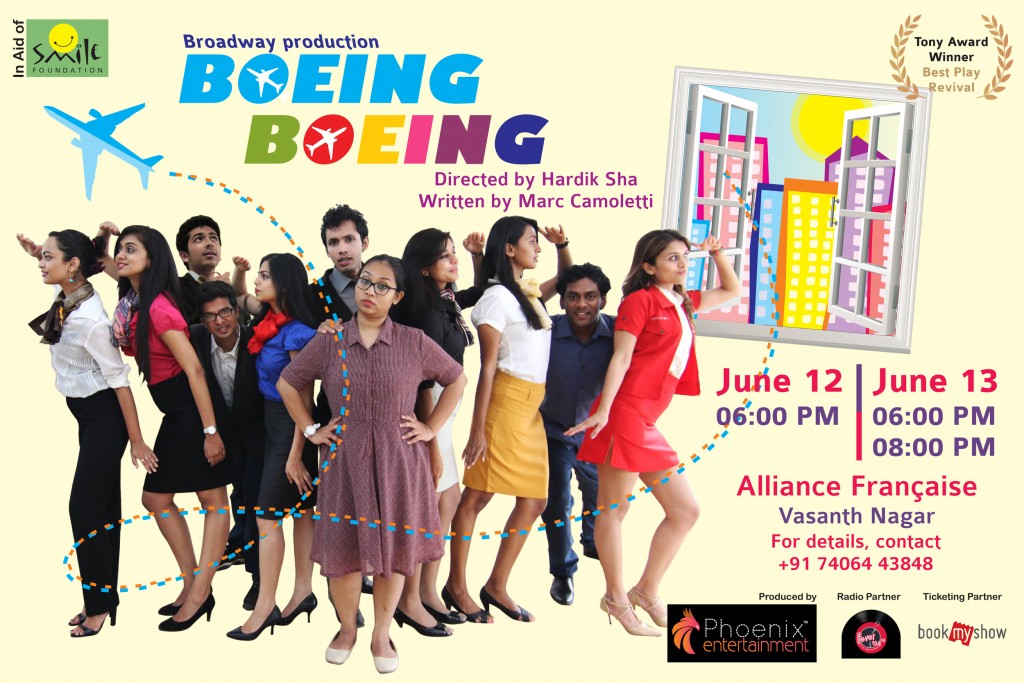