Nishant is one of the few comedians who is featured on Comedy Central India’s website. Nishant’s performances are regularly aired on NDTV. He writes humour articles for The Times of India. He has performed to packed auditoriums all over India and has been featured in almost all the leading news papers.

Nishant is also popularly known by his stage name ‘Joke singh’ and is one of India’s brightest comedians. His style of comedy includes taking digs at stereotypes & Indian culture.

He has performed at over 700 shows at premier venues in India. He performs regularly for corporate clients across India. He has performed for some of the biggest names in corporate India, including Vodafone, Nokia, LinkedIn, Ernst & Young, HDFC, DLF, Unitech, Kingfisher, ITC amongst a host of others.

He has conceptualized and performed many comedy specials like ‘Comedy in Diversity’, ‘Two and a Laugh Men’, ‘Third World Comedy’ and is the founding member of Improv Premier League – Delhi’s foremost improv comedy troupe.

He is a powerhouse on stage and has his unique style. Interacting effortlessly with his audience, Nishant’s humor is universal – connecting with all segments of people breaking social and age group barriers.

He is the first and only comedian in India to have done a ‘ALL INDIA TOUR’ with his comedy special. 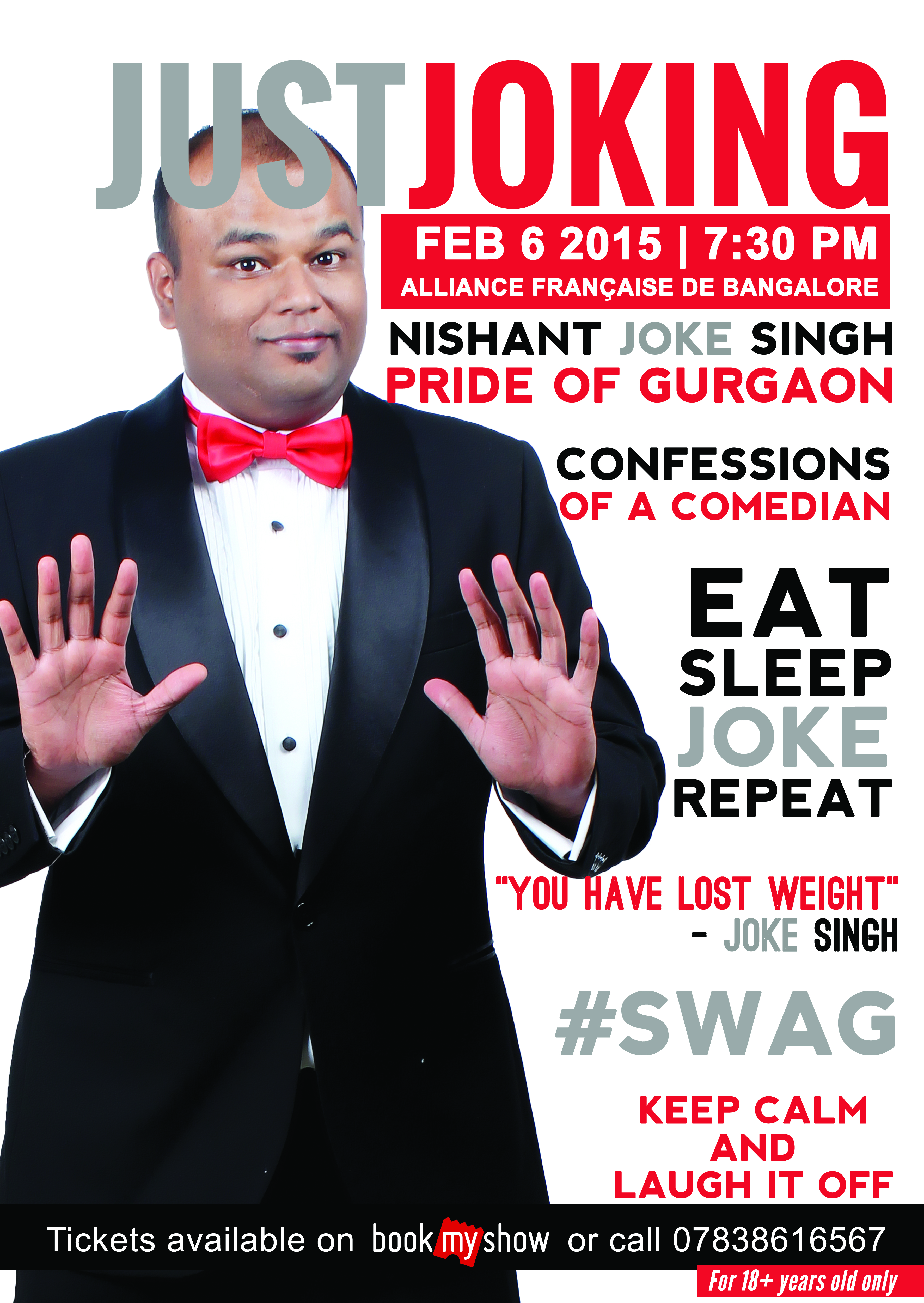