Generation Gap is a standup comedy show by all generations for all generations. Each comedian brings you his own perspective on life and various topics in a way bound to tickle your funny bones.

Sanjay Manaktala
Sanjay is a former software engineer who loved the IT consulting lifestyle and all that it entailed. However he started observing more and more stand-up comedy years back and realized that was something he had to do. He has performed all over the world and for various festivals, corporate events and with some of the top comedians in India and beyond. His humor is (usually) cleaner than most. Come for his foreign return policy and stay for his take on new age India.

Vamsidhar Bhogaraju
Tall, lanky and cranky. Markets himself as a stand up comic and actor who markets lingerie. He’s a winner of the RAW Comedy Festival at Bangalore and Winner of the Red FM Stand up and Bajao contest. 35, unmarried and living with parents makes him the least eligible bachelor!

Rupen Paul
A frustrated middle class South Indian who did not do engineering, not because he was too cool to follow the crowd but mainly because he didn’t get enough marks. His jokes can find him making fun of the absurdities and oddities of life as experienced by people growing in a middle class homes. He is the winner of the 2014 Comedy Open Mic organized by Big Mic and has performed shows across Bangalore, Chennai, Kochi, Mumbai and Pune.

Rajesh Hinduja
Rajesh Hinduja found his funny side rather late in life. Apparently that funny side was hidden so deep down that it took a while to surface. He has been doing comedy for 3 years and has performed at various venues in different cities. Two things which confuse him till today are technology and women and when he has to deal with a combination of both then the results are seriously funny. 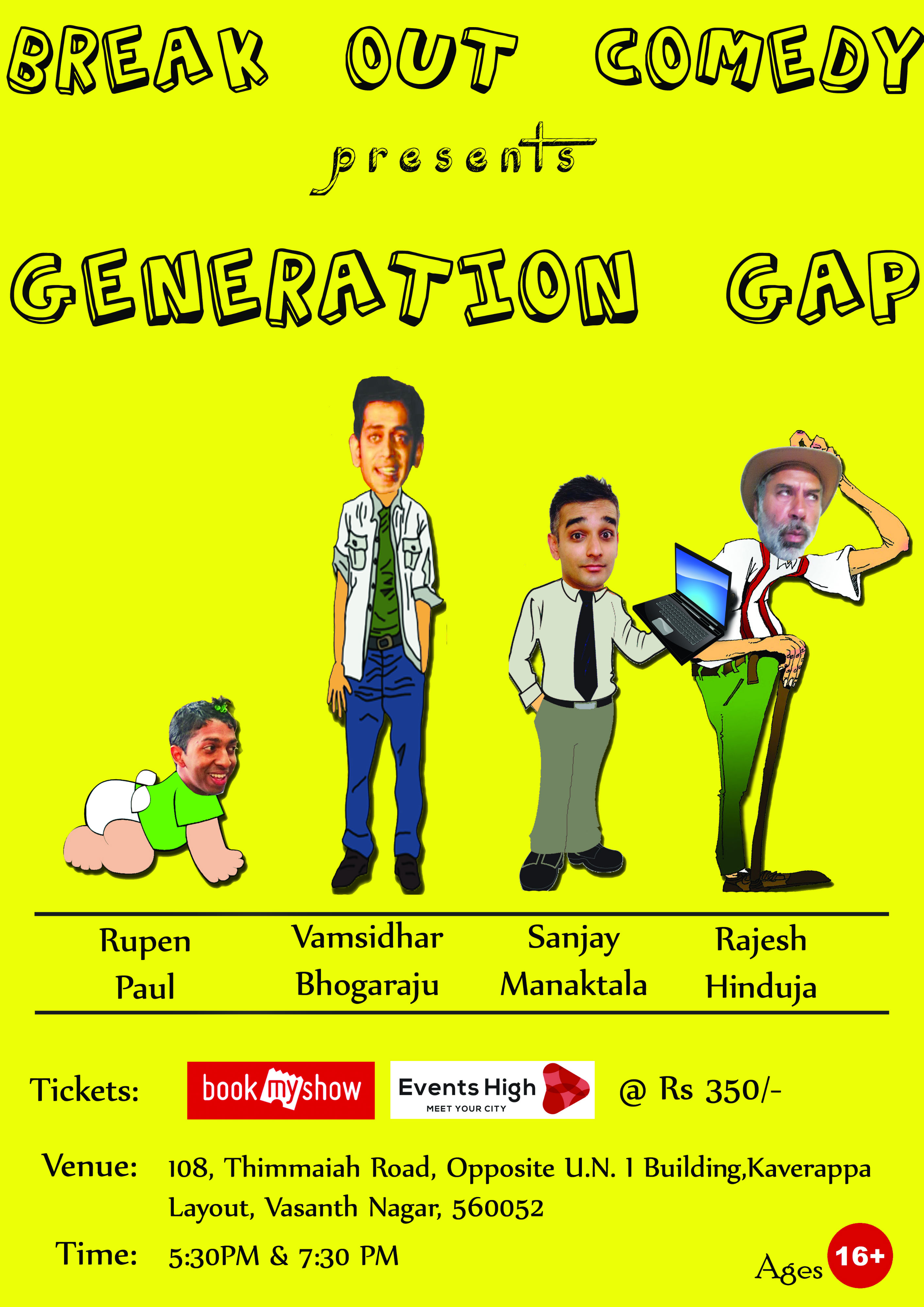