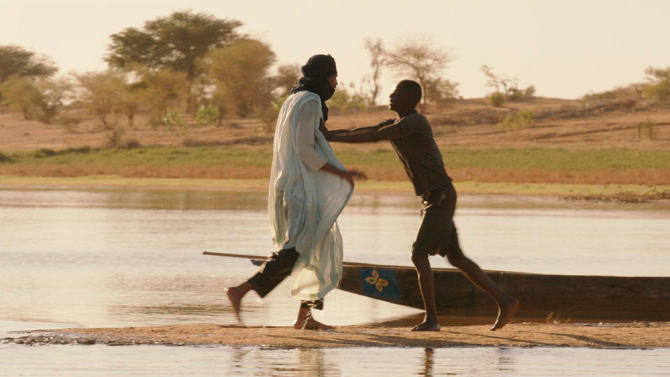 In Mali, Islamists occupy the city of Timbuktu and impose sharia law. They ban music, football, cigarettes, organize forced marriages, persecute women and improvise trials which give absurd and unfair sentences. Despite the ferocity of their repression, the population resists with courage, often in the name of another vision of Islam.

Kidane is a cattle herder living in the desert with his wife and daughter. Spared at first, his family will soon undergo the new Islamic laws, when a conflict starts with another inhabitant.