Girish Karnad’s play Tughlaq explores the character of one of the most fascinating kings to occupy the throne in Delhi, namely, Mohammed-bin-Tughlaq. He ruled for 26 years, a period of unparalleled cruelty and agonising existence for his subjects.
He’s fascinating because though he was one of the most learned monarchs of Delhi, and had great ideas and a grand vision, his reign was also an abject failure. He started his rule with great ideals — of a unified India, of Hindus and Muslims being equal in the eyes of the state (he abolished the onerous tax Jaziya on the Hindus) and the Sultan being the first among equals.He understood the value of money as not deriving from its intrinsic worth but from the promise behind it: and introduced copper coins. Yet in 20 years his reign had degenerated into an anarchy and his kingdom had become a “kitchen of death”. Girish Karnad’s play explores why this happened. 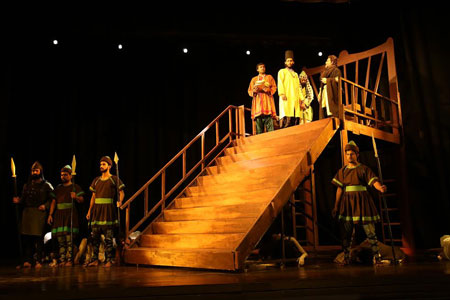