From an Indian classic we move on this month to an American Family drama. The Crucible takes place in Salem, Massachusetts in 1692. The action begins in the home of Reverend Parris, whose daughter Betty lies unconscious and appears very ill. Around midnight the night before, Parris had discovered Betty, his niece Abigail, and Tituba, his black slave, dancing in the woods, causing Betty to swoon. The local physician is unable to determine the cause of Betty’s illness. Mr. and Mrs. Putnam arrive and reveal that their daughter Ruth is also ill. There is talk in the village of an unnatural cause. Rumors of witchcraft fill the town. 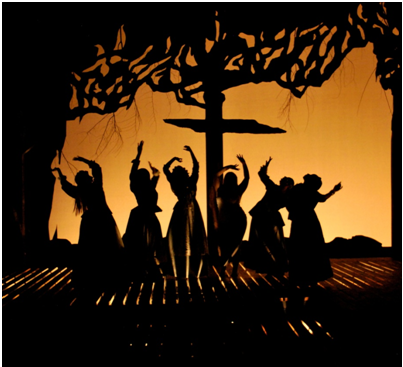 Arthur Asher Miller was an American playwright and essayist. He was a prominent figure in American literature and cinema for over 61 years, writing a wide variety of plays, including celebrated plays such as The Price, A View from the Bridge, All My Sons, and Death of a Salesman, which are still studied and performed worldwide. Miller was often in the public eye, most famously for refusing to give evidence against others to the House Un-American Activities Committee, being the recipient of the Pulitzer Prize for Drama among other awards, and for marrying Marilyn Monroe. At the time of his death, Miller was considered one of the greatest American playwrights.