This is the classic tale of the anklet ( Silappadikaram ) in an original English language adaptation from BLT. It was prepared for an Indian theatre project in the USA. It was performed for the first time in India in Bangalore city. This adaptation of Silappadikaram has been highly acclaimed by theatre centres in the UK and USA.

The tale of the anklet is one in a series written by Ilango Adigal, some time between the second and third centuries AD when literature and art were at a peak in this part of India. The writing contains a sensitive depiction of the socio-political context of the time. The resurgence of a South Indian identity and pride in its culture are recurring themes in the writing of that era. The treatment of the adult love triangle in the story is regarded by many as being ahead of its time.

The story revolves around the steadfastness of Kannagi, later deified as the goddess of faithfulness. BLT’s script follows a contemporary staging style, but retains the essence of the original drama. Interestingly, this classic drama was written by the brother of a Cheran king, setting the story around a couple from the Chola region, culminating the tale in Pandyan Madurai.

Contemporary archaeological research suggests that a massive tsunami like tidal wave might have been responsible for the submergence of the great city of Puhar on the East coast. 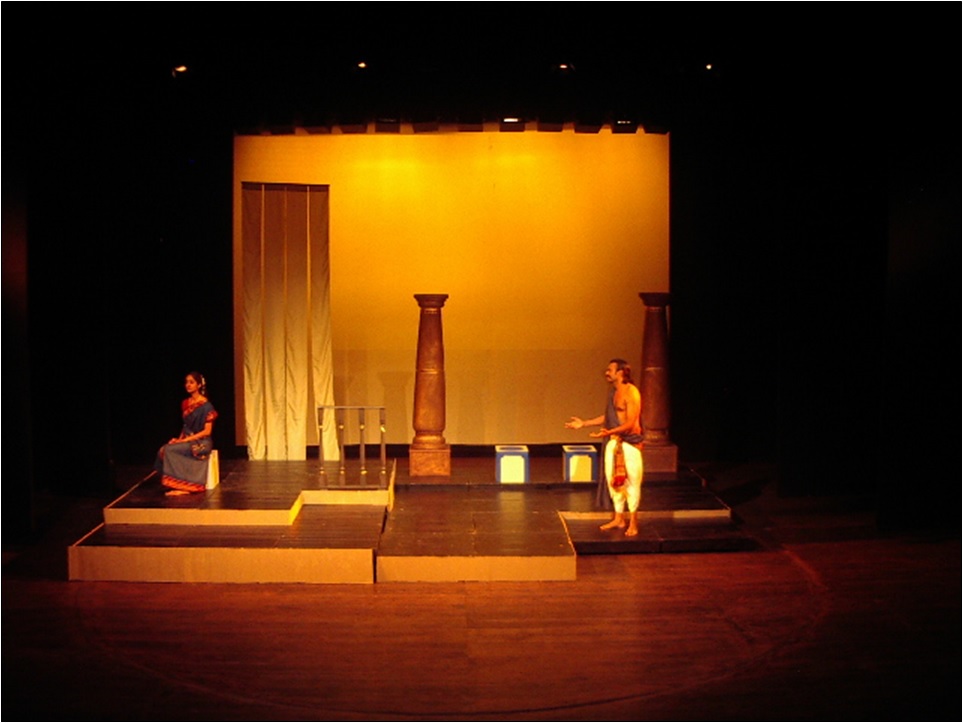