BangaloreLittle Theatre invites you to PlayDay Sundayreading of “Teahouse of the August Moon”, a play by John Patrick

Considered to be one of the greatest comedies of American Theatre, this Broadway hit ran for over 1000 performances and won the Tony Award, the Pulitzer Prize and the New York Drama Critics Circle Award.  It was written in 1953 and regarded as one of the works that helped break biases to other cultures in the United States for the Post War Generation.  Captain Fisby is tasked to turn a village in post war Japan ‘American’ and this is followed by an inevitable clash of cultures leading to humorous consequences.  What began as a school ends up as a teahouse with loads of sweet potato brandy that keeps almost everyone happy! 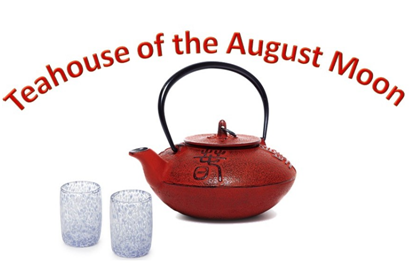