Romanoff and Juliet is a play by Peter Ustinov. A comic spoof of the Cold War, it is set in the small mythical mid-European country of Concordia, whose leader is wooed by the United States and the Soviet Union, each one wanting him as an ally. Russia’s ambassador, a member of the Romanoff family, has a son Igor who falls in love with Juliet, the daughter of the US diplomat. The two opposing families, one communist, the other capitalist, represent the warring Capulets and Montagues of Romeo and Juliet. 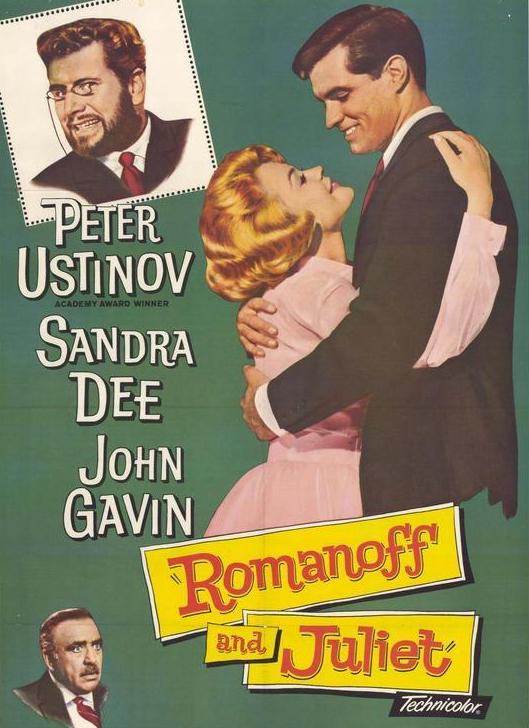