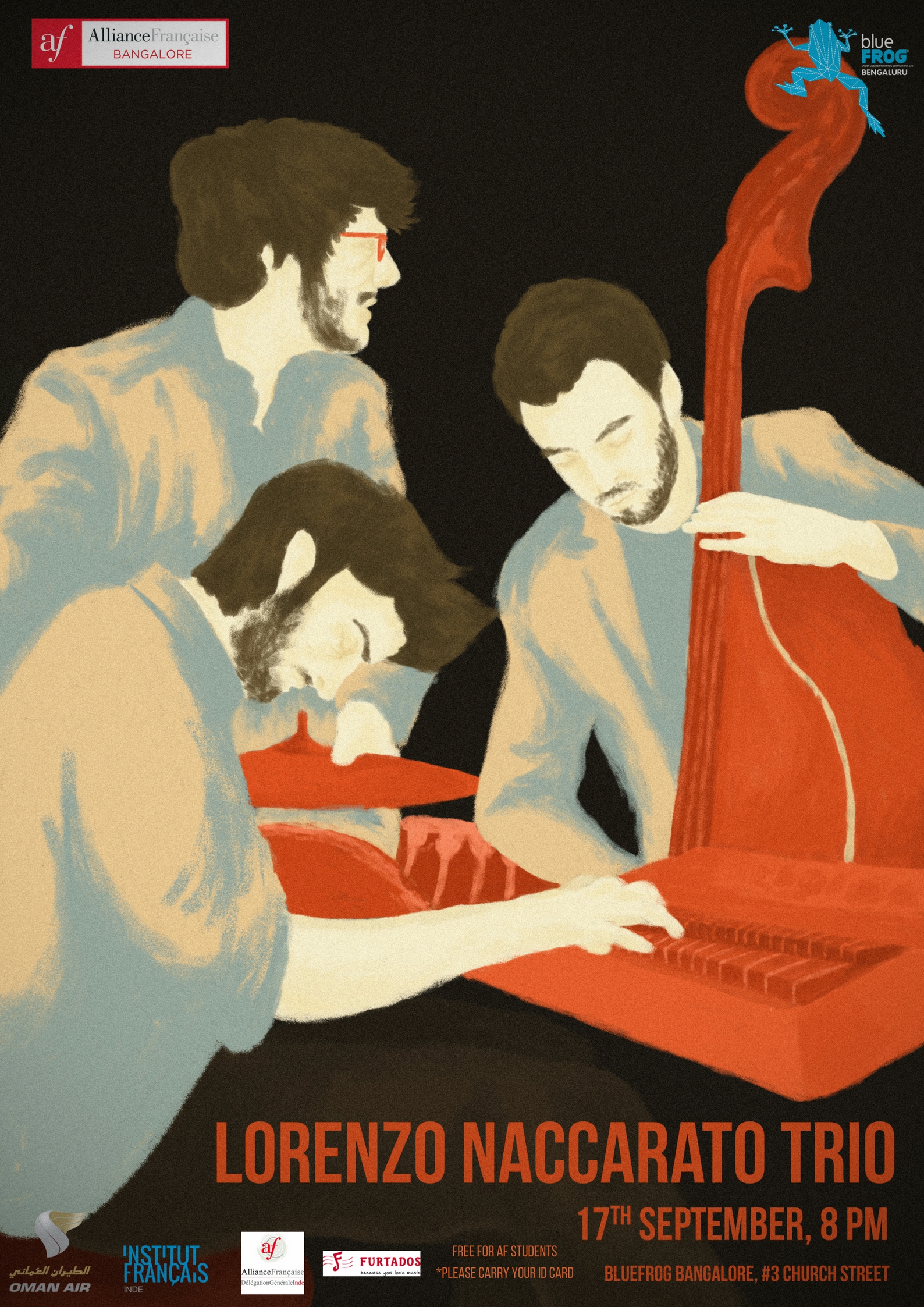 Lorenzo Naccarato Trio elaborates on the concept of a kinematic jazz, in that the notion of movement lies at the heart of its musical exploration. Founded in 2012 with Adrien Rodriguez and Benjamin Naud, Lorenzo Naccarato Trio gets known in Toulouse on the developing jazz scene and, from springboards to festivals, receives the public’s increasingly enthusiastic welcome.

In their compositions, Lorenzo Naccarato Trio take us to a magnetic aesthetics that is chiselled and fluid. The compositions of this young Franco-Italian pianist is already on par with the works of Avishai Cohen or the EST trio, and it is true that it is possible to find a family resemblance between these figureheads and ‘cinematic’ jazz, axled to the idea of movement, of the Lorenzo Naccarato trio.

About Lorenzo Naccarato:
After studying the classical piano for ten years, Lorenzo Naccarato began studying musicology at a university in Toulouse in 2007. Specialising in Jazz and improv music, he conducted a research project on Thelonious Monk and took part in Master classes under Laurent Cugny, Franck Avitabile, Kenny Barron, Enrico Pieranunzi and Claude Tchamitchian, who had a determining influence on his approach to composition and group work.