The history of Bengaluru dates back to the 16th century when NadaprabhuKempegowda founded the city, known today as the ‘Pete’. Since it was first documented by the invading colonial army led by Lord Cornwallis in March 1791, the city’s evolution has seen a remarkable transformation over the course of four hundred years.

Be it from the first inscriptions of the name Bengaluru at the Begur temple or from the remnants of the Bengaluru Kote (Fort) at KR market or the Someshwara Temple at Ulsooru or the colonial bungalows and settlements in Whitefield; the city’s desire for development has systematically ignored the need for protecting the city’s heritage; not just its buildings and monuments, but also its natural and cultural heritage.

There is an urgent need to identify the city’s heritage in order to weave a framework around it for its protection, preservation and more importantly its conservation. The process of creating this framework requires preparing an inventory, which can result in the compilation of the Bengaluru Heritage Register through a process of nominations from the citizens of Bengaluru. Heritage issues strike a deep chord within people in their association with the city and its environs. For a city to neglect its heritage is the same as not being in touch with itsauthentic inner voice.

Urban Research Lab lecture series in collaboration with Suchitra-CFD presents a public talk by Prof. RJ Vasavada and Sanjay Sridhar on their study of Bengaluru’s historic areas. Prof RJ Vasavada is one of the eminent architects in India, focusing besides his practice on historic preservation and has been a member of several national committees on protection and conservation of heritage across the country. He has also been a member of an International group studying Aspects of Authenticity in Architectural conservation at the Cluster of Excellence, Karl Jasper Centre at University of Heidelberg, Germany. He is also the Head of the Technical Committee for the World Heritage City Dossier, for Historic city of Ahmedabad, which was the first city from India to be on the Tentative List of World Heritage Cities.

In 2010-11, Prof. RJ Vasavada along with Sanjay Sridhar was tasked with the responsibility of formulating Bengaluru’s Draft Heritage Policy by the Agenda for Bengaluru Infrastructure and Development (ABIDe) Task Force. As part of framing this heritage policy, they conducted a detailed study of the city’s heritage from its early origin at the historic kote (fort) of Bengaluru. They adopted the ‘Hour-Glass Approach’ towards understanding the city’s heritage and recommended a network approach to dealing with heritage challenges in the city. The public lecture is going to showcase the work carried out by the team of young Architects from Bengaluru along with Sanjay Sridhar and Prof Vasavada for the ABIDe report. 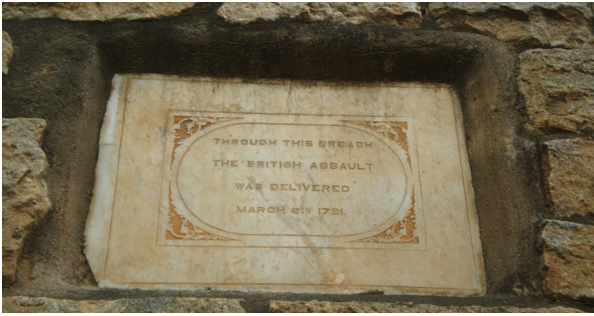 After completion of the ABIDe Report, Prof. Vasavada and Sanjay Sridhar were also involved in documenting the historic fort at Bidar. Their latest effort was in documenting the UNESCO World Heritage Site of Temples at Pattadakal. Both these projects were sponsored by ASI Dharwad circle under its Superintending Archaeologist Dr. Halakatti and carried out with the help of Architects from Bengaluru and Ahmedabad.

Do come and learn about your city and be a part of conserving its charm!