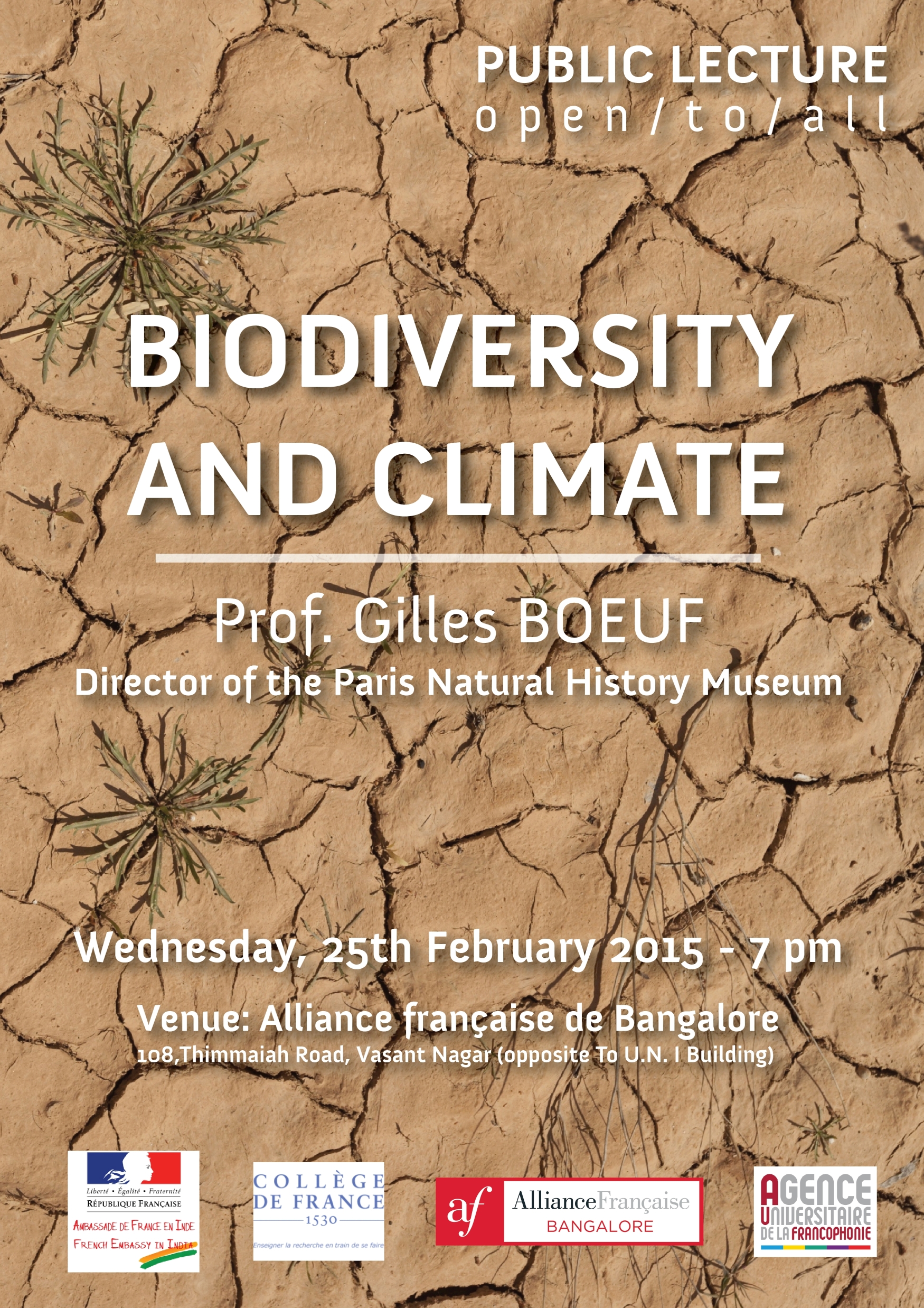 The Alliance Française de Bangalore and the scientific service of the Consulate of France in India are organizing a lecture by Gilles BOEUF, President of the National Museum of natural History, Paris, Invited professor to the Collège de France on the Chair « Sustainable development, energy, environment and society », during the year 2013-2014, Paris, Professor at the University Pierre & Marie Curie, Laboratory Arago, Banyuls-sur-mer.

Biodiversity was born in the ocean a little less than 4 Billion years ago, and has then evolved in a constantly changing world. Life emerged from the ocean some 460 Million years ago in several places and under several forms, before starting to conquest lands and continents. It had to face many difficulties, as geologists and paleontologists have shown that about 60 extinction crisis occurred in the last 600 Million years. Five of those crises are considered as major, and for each of them different reasons can be highlighted, eg. intense volcanism, emissions of gigantic quantities of gases, dust and lavas, variations of the ocean acidity, change of temperatures, changes in oxygen contents in both sea and air, continent movements, impact of huge meteorites. Today, some scientists talk about a sixth extinction crisis as far as the present situation of biodiversity is concerned, mainly caused by human activities. Biodiversity is very affected by destruction and pollution of the natural environment, overexploitation of natural resources, anarchic dissemination of living species and climate change. We will insist on this last aspect, and have a close look at the drastic acceleration of all those changes on our planet and at our capacity to react to those changes. The following question will also be raised:do our ecosystems, both continental and marine, have the capacities of resistance and resilience they really need? 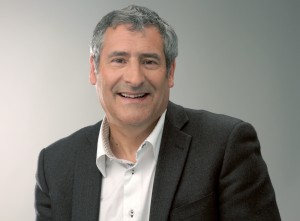 Gilles Boeuf is full professor at the University Pierre & Marie Curie (UPMC), affected at the Oceanological Observatory at Banyuls-sur-mer, in the Pyreneans on the Mediterranean coast, where he develops his works in the research team « Integrative biology of marine organisms» (UPMC and CNRS). He is the president of the National Museum of naturalHistory in Paris. He has been invited professor at the College of France in 2013-2014, on the Chair « Sustainable development, energy, environment and society » where he developed his teaching on the topic « Biodiversity, relationships with humanity ». He is also the president of the scientific board of the CIRAD (International Center for Agriculture for the South), of the Environmental Commission of the Foundation of France, of the Scientific Council of Agropolis International in Montpellier, and president of the natural reserve of la Massane in the Pyreneans. He ismember of the Scientific Council of Natural Patrimony and Biodiversity of the Ministery of Ecology, Sustainable Development and Energy, member of the Advisory Board of Protected Marine Areas, of the Scientific Center of Monaco, of the Bureau of the Intergovernmental Platform on Biodiversity and Ecosystem Services (IPBES). He is member of the French Commission of UNESCO, chevalier of the Ordre National de la Légion d’Honneur and of the Ordre National du Mérite. He is specialized in environmental physiology and biodiversity, marine and continental. He has also a lot investigated in biological bases of aquaculture. He is the author of more than 400 papers(>150 in indexed journals), public journals, book chapters, communications and is frequently invited in France and in foreigner countries (> 100 travels to 50 countries). He frequently gives talks aimed towards very different public from Universities to schools and general public, mainly on life in the ocean, living resources, the role of water in biological systems and biodiversity. Among others, he has published books or books chapters as The Mediterranean Region, biodiversity in space and time in Oxford University Press in 2010, What Earth we will live to our children ? in « At the origin of Environment », Fayard, in 2010, Water, a key molecule for living, water in metabolism and biodiversity, in “Water: the forgotten molecule”, Pan Stanford Publishing, in 2011, co-edited« Is the human able to adapt to himself? », Quae, in 2012, has written the first chapter« Ocean, biodiversity and resources » of the book “Vulnerability of the oceanic system”Hermés ISTE and « Biodiversity in the Marine Environment » Springer in 2014. His inaugural lesson to the Collège de France, « Biodiversity, from the Ocean to the City » has been published by Fayard in May 2014.