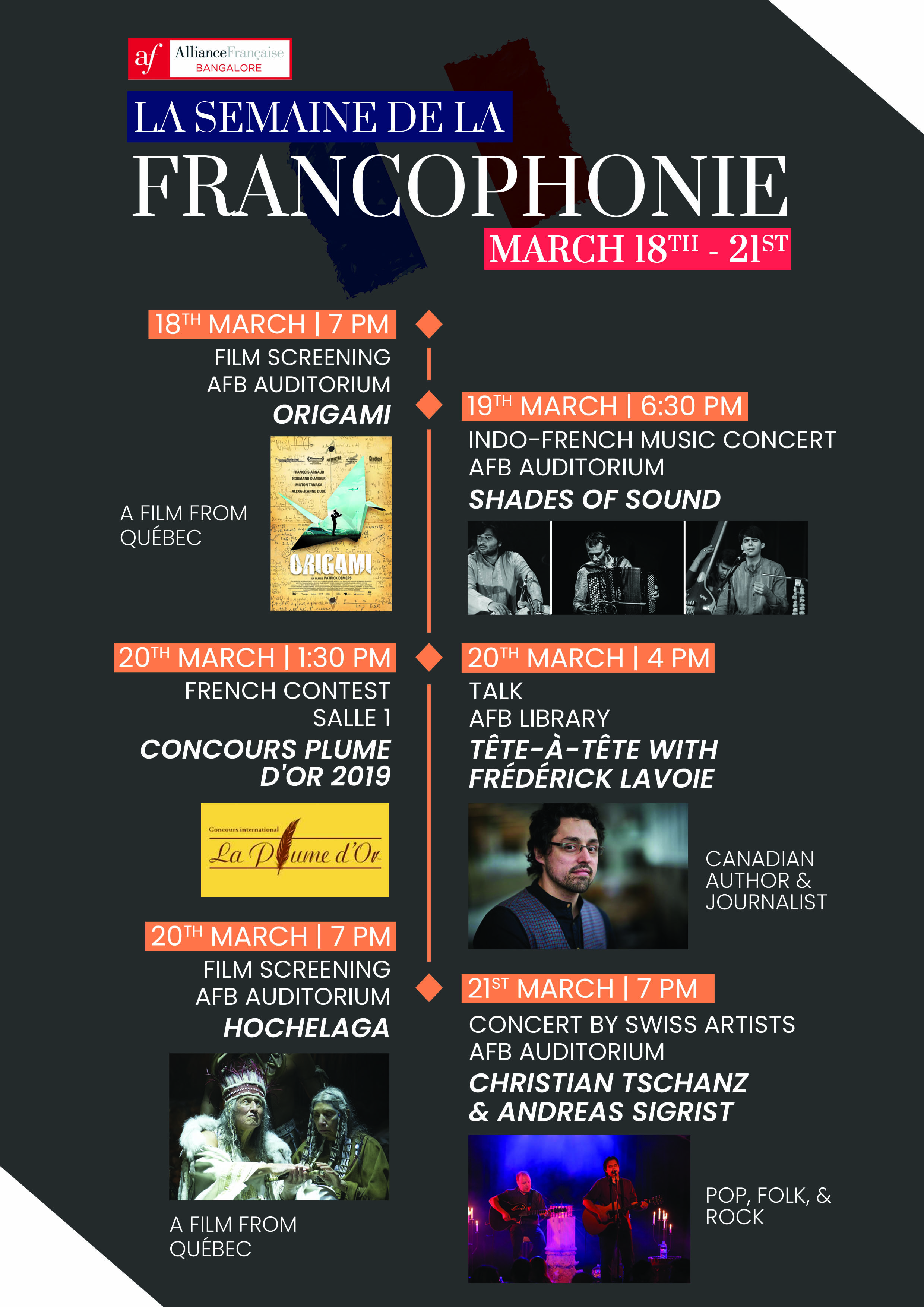 A four-day celebration of brilliance of French culture and of Francophones (French-speakers around the world). A must-attend for anyone excited to discover French culture further and more so, for all the francophones in Bangalore. ENTRY OPEN AND FREE FOR ALL.

La semaine de la francophonie (Francophonie Week) will feature the enticing and thought-provoking events – right from a film screening, a talk by an eminent Canadian author and journalist, to two brilliant music concerts. On top of that, a contest in which all French learners can take participate in.

Here is a list of the events you need to mark on your calendars right away:

20th March | 1:30pm | Salle 1: French Contest – Concours de la Plume d’or. An annual competition for French learners across the world, supported by Honourable Senator Mme. Jacky Deromedi. The winner receives an opportunity to spend a week in Paris discovering the language, France, and the French people. While 200 others receive a certificate.

20th March | 4pm | AFB Library: Talk by Frédérick Lavoie – a Canadian author and journalist on “2+2 = 4 | LITERARY JOURNALISM AS A SECOND DRAFT OF HISTORY.”