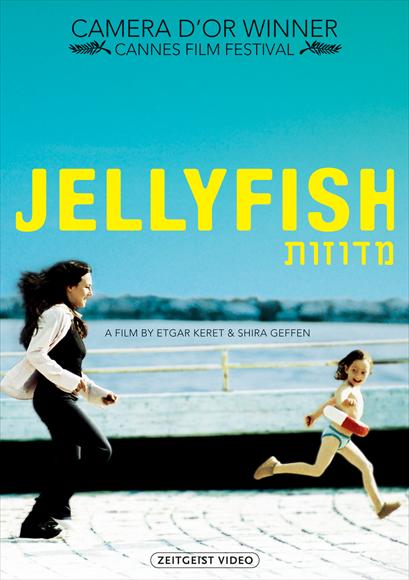 Meduzot (the Hebrew word for Jellyfish) tells the story of three very different Israeli women living in Tel Aviv whose intersecting stories weave an unlikely portrait of modern Israeli life. Batya, a catering waitress, takes in a young child apparently
abandoned at a local beach. Batya is one of the servers at the wedding reception of Keren, a young bride who breaks her leg in trying to escape from a locked toilet. stall, which ruins her chance at a romantic honeymoon in the Caribbean. One of the
guests is Joy, a Philippine caregiver attending the event with her employer, and who doesn’t speak any Hebrew, and who is guilt-ridden after having left her young son behind in the Philippines.