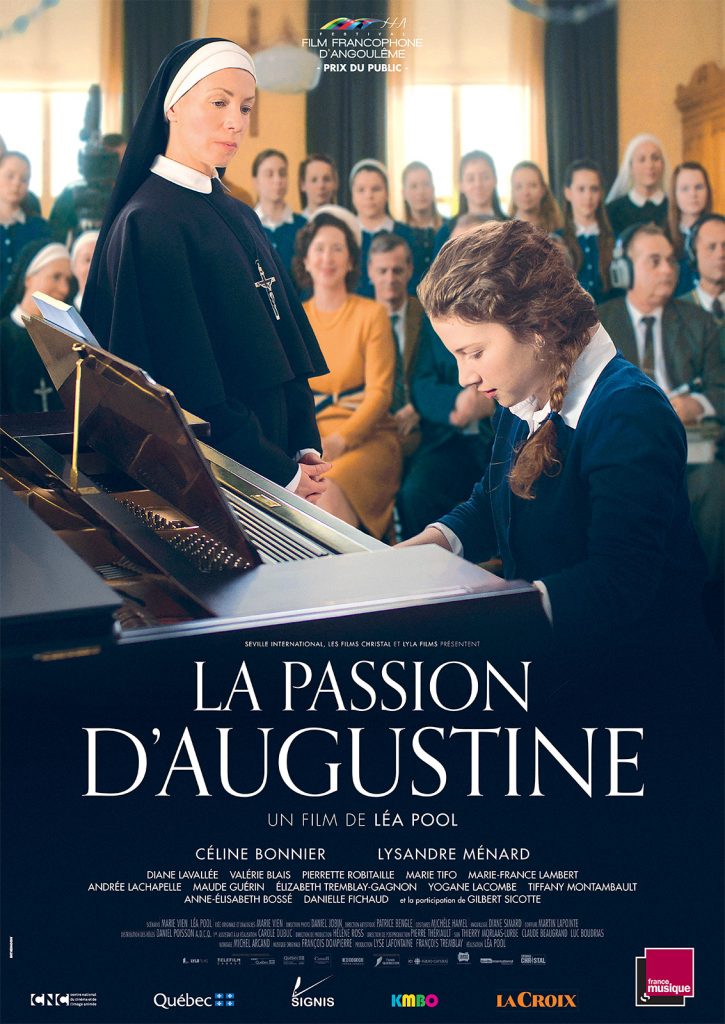 The Passion of Augustine is a Canadian drama film from Quebec, directed by Léa Pool and released in 2015.

The film stars Céline Bonnier as Mother Augustine, a Roman Catholic nun who teaches music in a convent school in rural Quebec in the 1960s and who is fighting to preserve her school against the backdrop of the social changes wrought by Vatican II and Quebec’s Quiet Revolution. The film’s cast also includes Anne-Élisabeth Bossé, Gilbert Sicotte, Marie Tifo and Andrée Lachapelle.