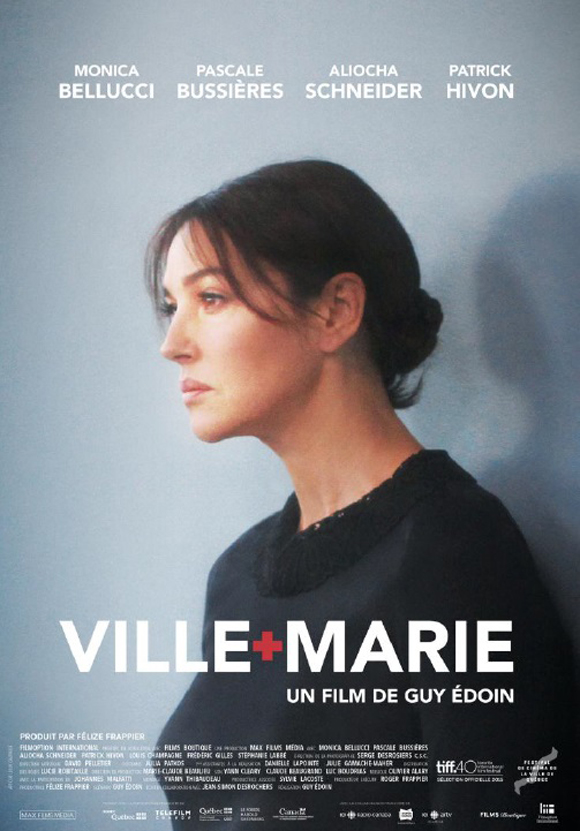 Ville-Marie is a Canadian drama film, directed by Guy Édoin and released in 2015.

The film stars Monica Bellucci as Sophie, a successful French film actress who is in Montreal to make a new film and to reconnect with her estranged gay son Thomas whom she has not seen in three years due to her unwillingness to tell him anything about his father. However, the two are drawn into an unexpected tragedy when Thomas witnesses a young woman walking directly into oncoming traffic at a street corner, fatefully connecting their emotional difficulties to those of Pierre, the paramedic who arrives to treat the young woman, and Marie, the emergency room nurse on duty at the hospital.