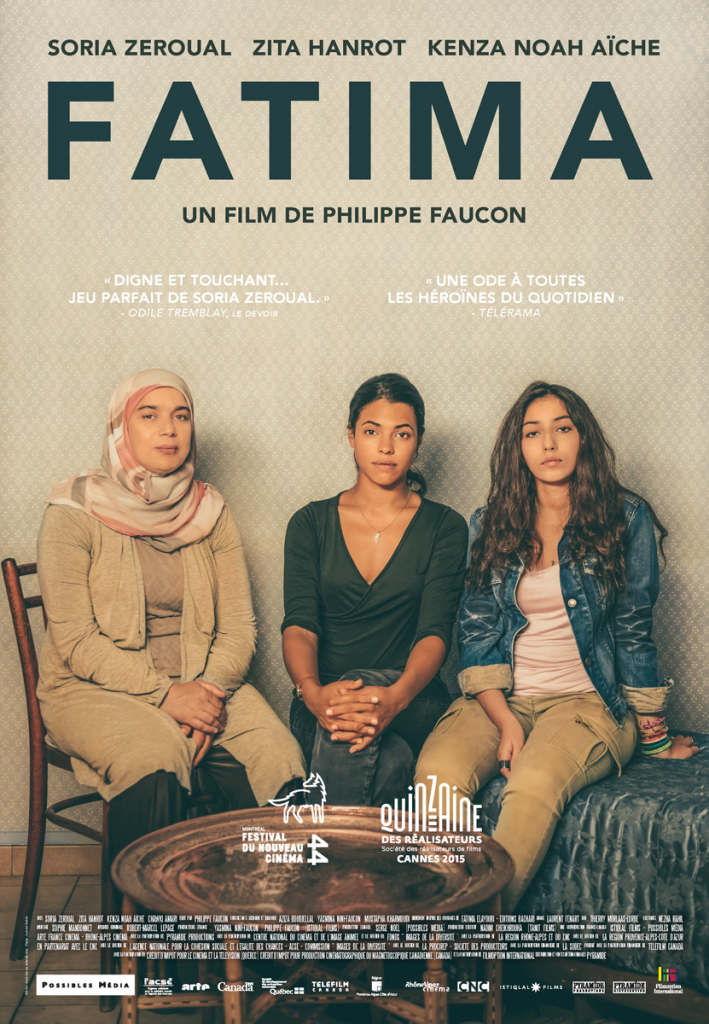 Fatima is a 2015 French drama film directed by Philippe Faucon. It was screened in the Directors’ Fortnight section at the 2015 Cannes Film Festival. It won the Prix Louis-Delluc for Best Film in December 2015.It received four nominations at the 41st César Awards and won Best Film, Most Promising Actress and Best Adaptation.

Fatima struggles to give her daughters Souad and Nesrine a better lifestyle. Her life changes when she meets with an accident and is forced to stay at home for several weeks.