We’ve entered into the era of global acceleration. Speed and immediacy have become society’s norm, at work first of all, but also in daily life. Intoxicated by technological acceleration, or by the fear of exclusion, we try and keep up. Some people, individually or collectively, have however decided to oppose this acceleration march, choosing to opt for a slower rhythm, reoccupying time in order to “live well”. Every day they work towards giving real meaning to time and to the way in which one lives with it, looking at the simple verbs of cultivating, feeding, producing, constructing, educating, healing, creating, sharing, communicating, through their very actions… Outside of the dominant model, on the margins and beyond media coverage. This film is a travel around the world to meet those rebels who made the decision to live offbeat.

“Beyond a certain threshold, speed is no longer a gain but a cost for society as a whole” affirm the first ones to resist the feeling of acceleration which affects us all a little more every day, at work and elsewhere. Their combat is not only about defending their own, personal lot, but also about inventing other models of society. These men and women have deliberately decided to escape from the diktat of urgency which, according to them, is making society ill, and is leaving behind those who are no longer capable of following such a rhythm. Just about everywhere across Europe, the United States, and even in Latin America or in some parts of India, this same desire to downshift is making ground. 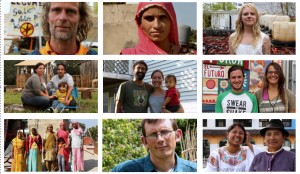 Such alternative proposals, for the invention of other kinds of relationships towards time, are still pretty much unknown and when we hear about them, we tend to think of them as an utopia. However, they unsettle us in our reality because they thumb their noses at the ideological bedrock of our society, bound as it is to the cult of “progress” since the Enlightenment. Progress which has lost its meaning, because it’s no longer keeping its promise of emancipation or autonomy, in a society that’s more and more unequal and a world that’s losing its references.

These oases of resistance to acceleration are multiplying fast, and rejoining, through their actions, the analysis of critical minds, whether philosophers, sociologists, economists, politicians or scientists. French, German, British and American thinkers are worried about the increasingly negative impact this progressive mutation of time is imposing on us all… Edgar Morin, Hartmut Rosa, Jeremy Rifkin, Pierre Rabhi, Rob Hopkins and Douglass Rushkof, amongst the most emblematic, will be regularly seen in the film, evoking their analyses of our world in its critical state, and the need, according to them, to change the paradigm. These movements want to give a new meaning to the notion of time and the way we live with it, with their real-life experiences. The film tries to render such movements more visible, audible, and – why not – desirable? 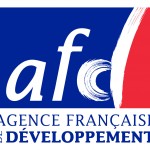 This screening will be part of the AFD – French Agency for Development- program on Climate Change. On that occasion an exhibition of unique photographs by Yann Arthus-Bertrand will be set up on MG road. Yann Arthus-Bertrand is a French photographer, journalist, reporter and environmentalist. He is especially well known for his book Earth from Above and his film Home. The AFD is an international framework that aims at achieving “development impacts that benefit communities” socially and environmentally.
Share