Shrinking forest cover and eroding corridors across India have taken its toll on the tiger’s living space. While tiger reserves are now legally well-protected, a lot needs to be done to conserve the areas outside the reserves – the connecting corridors and fringe regions, which support a lot of tiger movement. The Alliance Française in collaboration with WWF presents a documentary by Krishnendu Bose.

By instinct, tigers are always on the move seeking new homes and new mates. This movement is necessary to maintain healthy populations across tiger territories. Unfortunately, with human habitation in corridors burgeoning, the big cats are forced cross paths with humans. This puts their lives and the lives of the people living in the fringe zones under immense threat.

The Forgotten Tigers takes a peep into the lives of tigers that live or move outside the tiger reserves. Krishnendu Bose, the filmmaker, journeys across the country — finally ending up in Chandrapur, Maharashtra, where tiger-human conflicts have been very high — to piece together this story.

He studies landscapes where WWF-India has been working on issues of conservation for years, including Pilibhit in Uttar Pradesh, Ramnagar in Uttarakhand, Madhya Pradesh and Western Ghats in Karnataka.

A cross section of people helped put together the arguments for the forgotten tigers. Scientists, park managers, bureaucrats, villagers and expert voices from WWF-India and other non-profit groups working in these regions, push the film’s narrative forward. They all point at the criticality of creating and protecting spaces outside the tiger reserves, in the connecting tiger corridors. Using infrared cameras and compelling footage, the film brings some never-seen images of tigers and leopards moving on the edge of their habitat and surviving in human-dominated regions.  The Forgotten Tigers took 14 months to complete and was completed in July 2014. 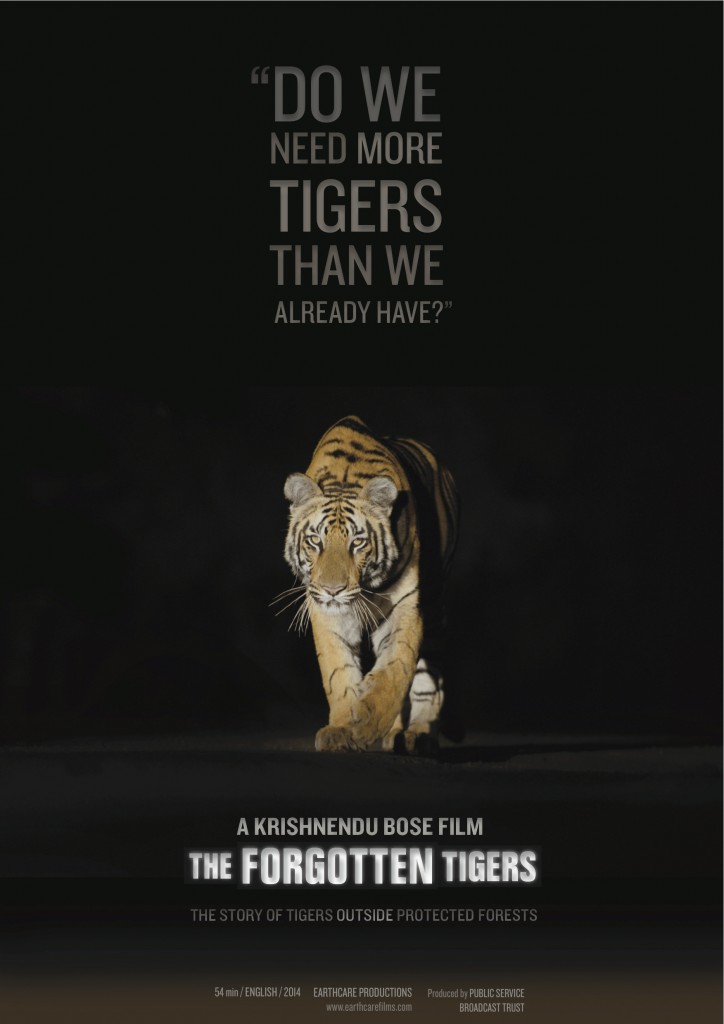