In collaboration with Attakkalari Centre for Movement Arts // For passes, contact [email protected]

Racine is not an ordinary boy. No one noticed that a tree grew up in his head. Fleeing from a mean grand-mother and a stressful routine, he takes refuge in this safe place. In this overwhelming forest, changing according to its emotions, he will go though unexpected adventures. Helped by his loyal friend Meï, he will grow up gradually and learn how to fight his darkest fears, so he can go and meet the world. 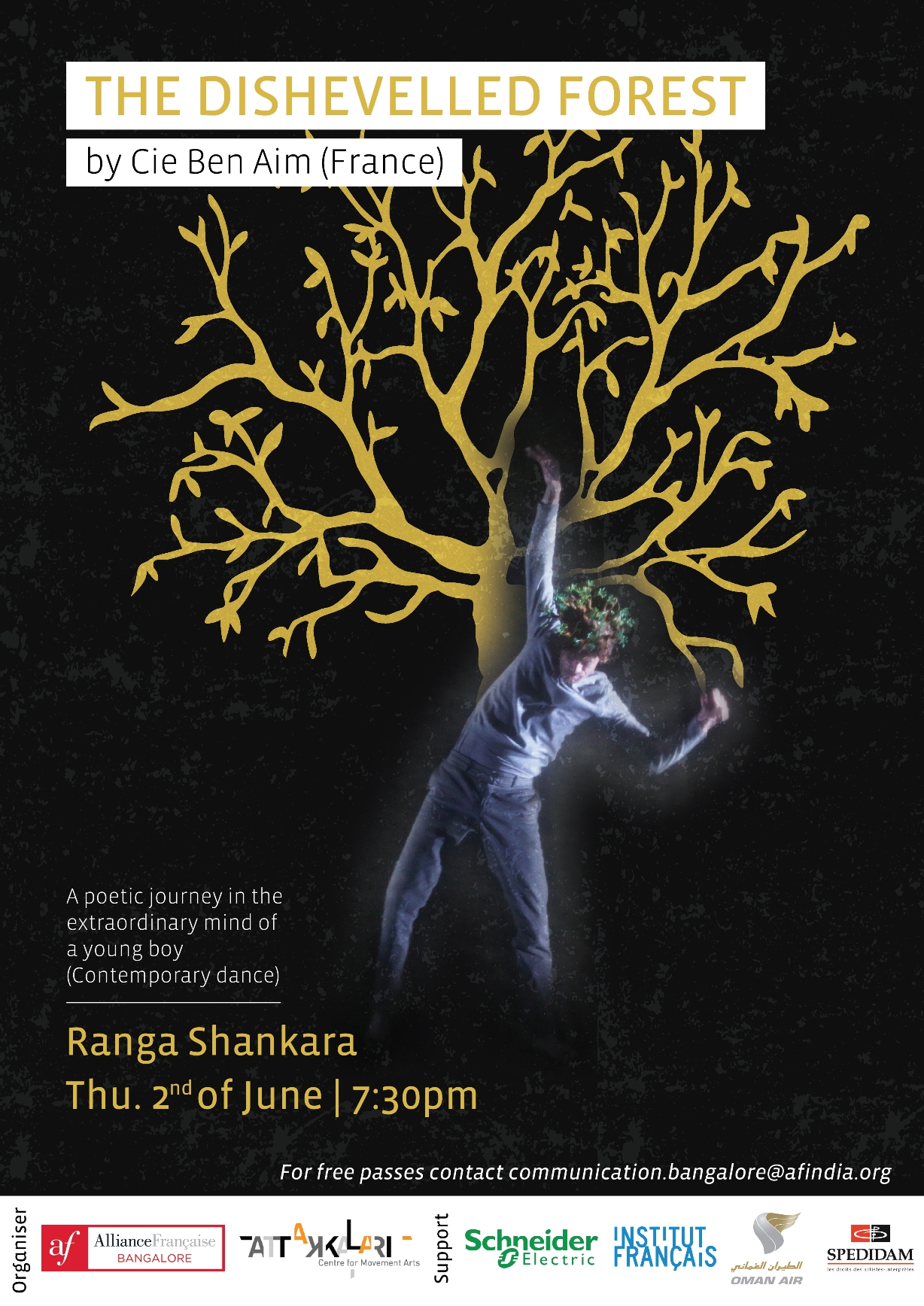 The company Ben Aim is composed of two men, two brothers : Francois and Christian . Trained in dance, physical theater and circus , they begin separately a career as performers in Canada and France. The moment they met again laid the foundation for their company, which operates in the brotherly duo of François and Christian: the reflection of one crosses the instinct of the other , in a confrontation that calls for constantly changing art projects. After more than 15 years of collaborations, Ben Aim brothers have given about 350 performances, firmly establishing their company’s notoriety. Supported by many venues, among which the subsidized scenes , national scenes and National Choreographic Centres, the company provides a comprehensive and atypical course, where different styles of shows cross and combine perfectly.