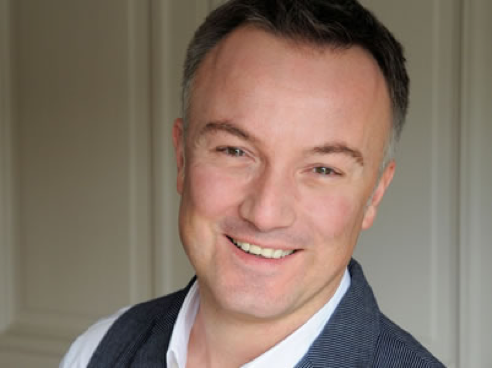 A promising voice with a rare and much sought-after tessitura, he made a name for himself in over 350 performances of “Le Bourgeois Gentilhomme” by Moliere and Lully at La Comedie Francaise. He quickly came to the attention of prominent conductors such as Marc Minowski, Jean Claude Malgoire, Chritstophe Rousee and Jonathan Darlington.

From the title role of San Giovanni Battista by Stradella to Haendel Dixit Dominus and Monteverdi’s Incorinazione di Poppea to the recordings of Acis and Galatee of Lully, Rameau’s Dardanus or Gluck’s Armide, Marc Minowski proved to be one of his earliest admirers.

He collaborated twice with the baroque orchestra Modo Antiquo directed by Frederico Maria Sardelli. He also worked in two productions for the Barga Festival and contributed to two opera recordings of Vivaldi, Orlandi Furioso and Tito Manlio.

Thierry Gregoire is interested in contemporary music, too, and has developed many operas: Patrice Fouillaud’s C’est la faute à Werther, Bernanrd Cavanna’s Raphael, reviens! (CD recording). He also contributed to Rolf Liebermann’s Medea: he was the Kreon in the Opera Bastille in Paris.

He worked alongside the Czech mezzo-soprano Magdalena Kozena; the duo won the award for the best stage performance at the Golden Prague International Television Festival. The French music magazine Classica festured him as a Classica RTL young talent and included his music in the RTL Discoveries CD.

Under the guidance of Jean-Claude Malgoire, he took part in many productions (Monteverdi’s Vepres de la Vierge, Haendel’s Rinaldo, Monteverdi’s Orfeo and Haendel’s Agrippina, CD and DVD recordings). In 2007, he performed the work of someone who helped out him on the map of musical talents, Fransesco Cavalli’s Ormindo as performed by Henri Ledroit 20 years ago.

From his satisfying (professional) life, he is able to touch a cord in his audience. This is certainly why he is so popular for concerts (20 concerts in India, Radio Roumaine, Singapore, Kuala Lumpur and Vietnam, France, Colombia, Costa Rica – opening concert of the 12th baroque music festival in San Jose, Panama, San Salvador, Honduras, Nicaragua, Guatemala, Gabon), with indubitable success in each performance.

Following the innumerable concerts he performed in, the idea dawned on him to found Les Songes Voyageurs group, a consequence of his globetrotting as a musician and his strong will to make a concert a musical journey.