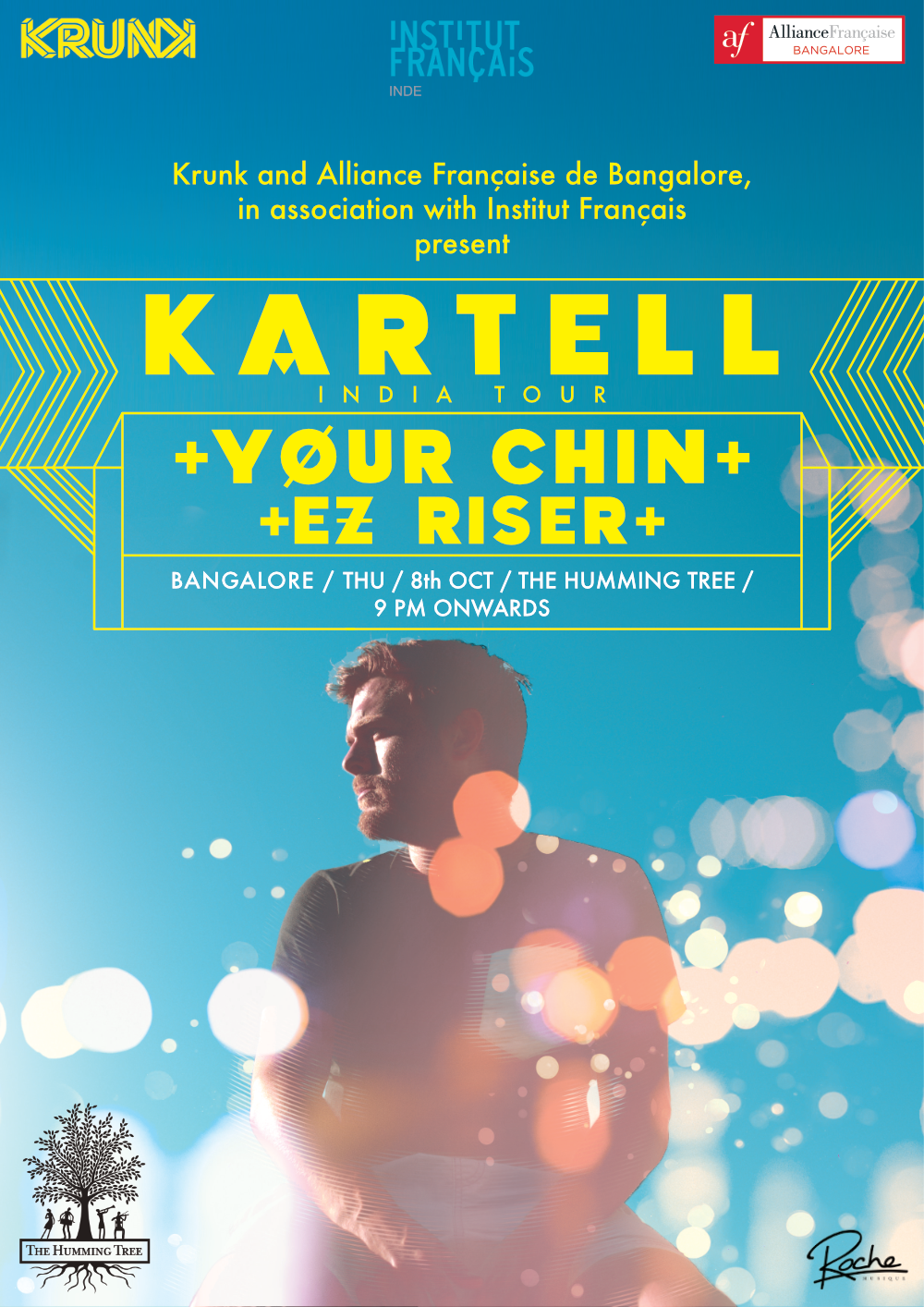 Iconic figure and spearhead of young label Roche Musique (created in 2012), Kartell knew how to stand out within a few months as one of the major revelations of the Parisian electronic scene. Native from the city of Tours but exiled in Paris since 2 years, the young artist keeps amazing us by his pronounced musical maturity and permanent creative renewal. From «Riviera », first signature of Roche Musique, to his last EP « Sapphire », but also the inevitable « Pantera », Kartell now evolves in a musical universe made of House tones, coloured by Nu-Disco and R’n’B accents that became his signature. Strong from his hundred dates in France, Europe, but also more widely in North and South America, the young producer has also become famous for his collaborations with confirmed artists such as Karma Kid or Jabberwocky, whose remixes have more than one million views. Surrounded with his friends and peers of Roche Musique label (Darius, FKJ, Cherokee) and supported by acknowledged producers such as Kaytranada, The Magician, Bondax or Kastle, Kartell now evolves on an audacious and innovative international music scene, widely contributing at the renewal of « French Touch » electronic music.
https://www.facebook.com/iamkartell