In collaboration with blueFROG Bangalore.

Beltuner is a french popular band created in Paris in 2001. Accordion, violin, guitar and cello: Beltuner has been creating gypsy folklore since the past 15 years, with argentine and personal inspirations without corrupting the very essence of French Swing. 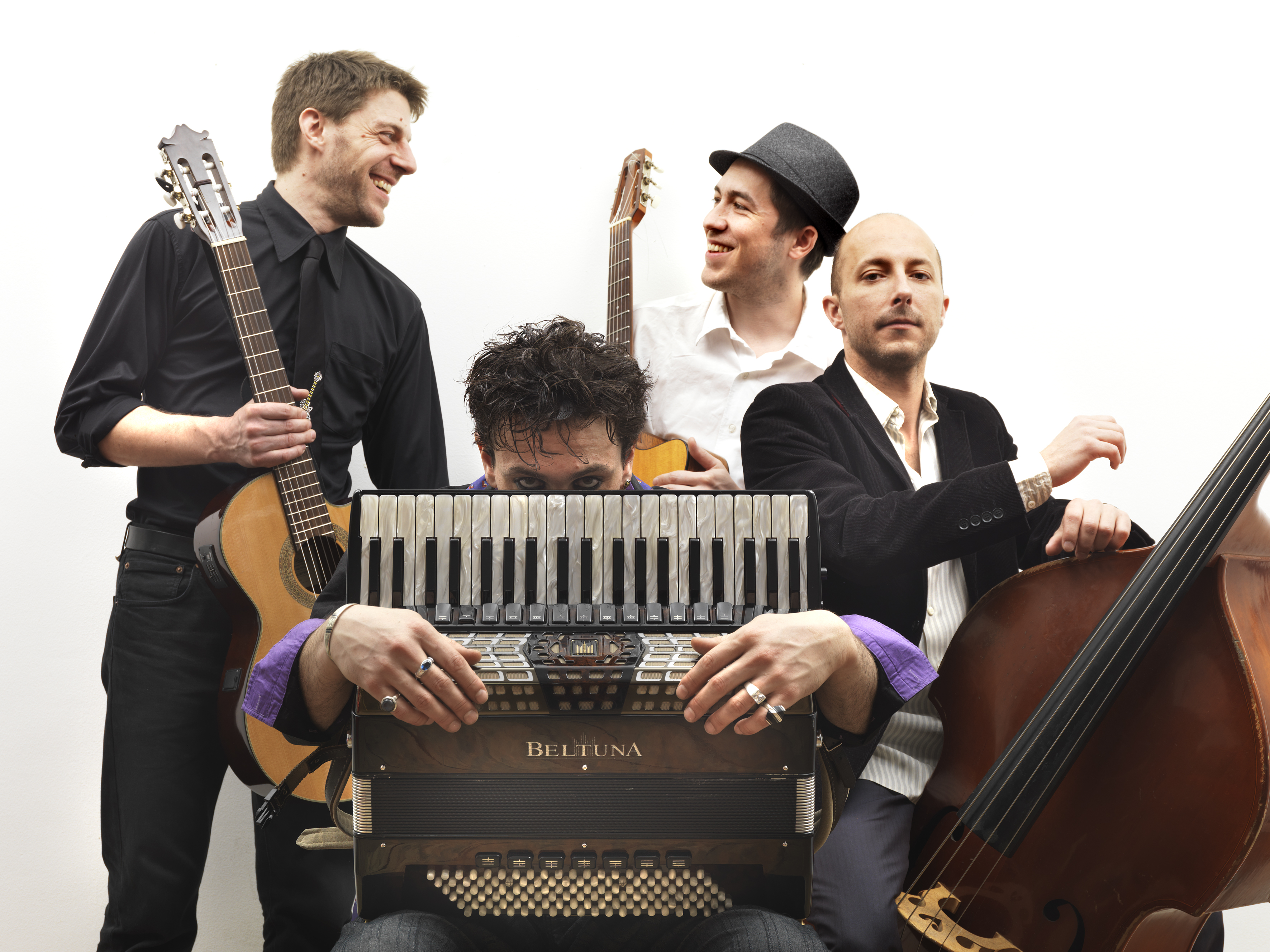 Between musette and jazz-rock, the 4 musicians lead the way by bringing together some solid gypsy rhythms, sensitive melodies and an almost transcendent stage presence.

Beltuner is touring in 8 Indian cities with the Alliance française network from the 20th of April to the 6th of May. In Bangalore, the Alliance Française de Bangalore is pleased to collaborate with the blueFROG for the show on the 22nd of April.