In this spirited, humanistic film we follow five youths, third-generation Palestinian refugees living in the 50-year-old camp of Yarmouk in Syria.

Boredom, idleness, discouragement, the possibility of exile. But also hope, dreams, ideals, a passion for art. That is what Axel Salvatori-Sinz filmed in this first documentary essay, which elegantly captures the daily lives of Ala’a, Hassan, Samer, Tasneem and Waed, all of whom are in their early 20s. They are Chebabs, as third-generation Palestinian refugees born and raised in the Mukhayyam Yarmouk camp, on the outskirts of Damascus, Syria, are known. An award-winner at Visions du Réel, and screened at Hot Docs and Marseille, Les Chebabs de Yarmouk looks at these young people’s complex situation with clarity and poignancy. 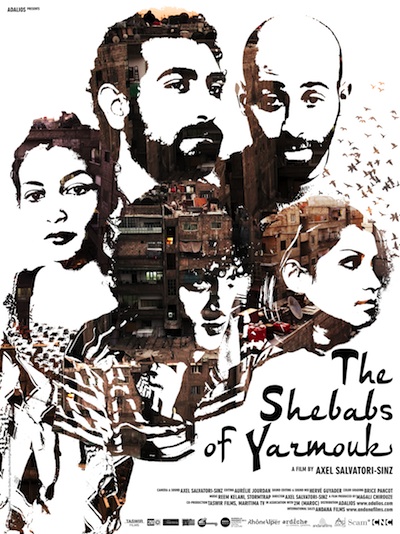