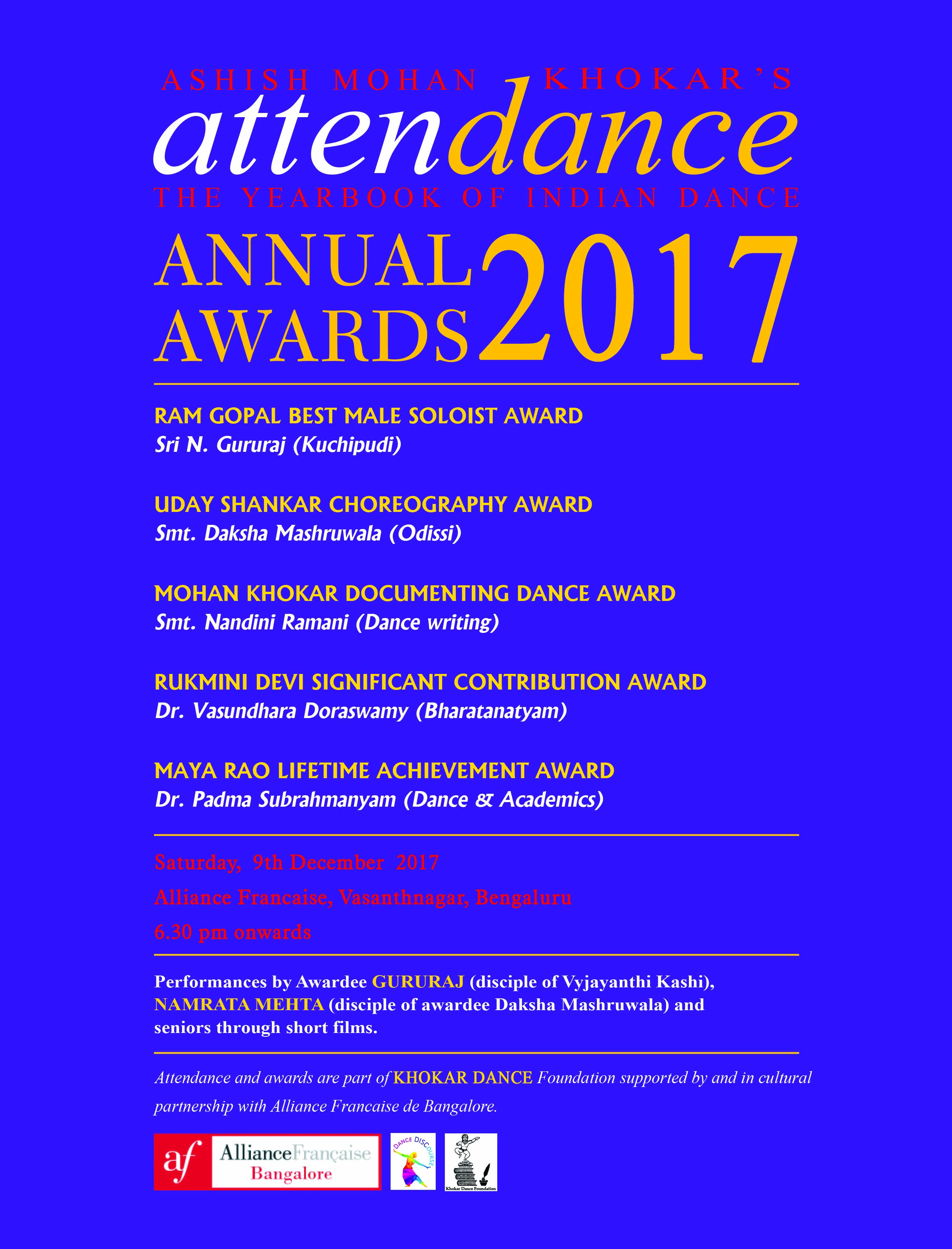 attendance is India’s only yearbook on dance, now in its ​20th​  year of publication. www.attendance-india.com
Generally, awards in the arts – especially in dance field – come too late in life, when body has least energy to be more productive.
attendance awards are basically for 40-60 years old. With 20 years of work behind and a potential for 20 years more, ahead. The Jury is secret. Anyone who canvasses is disqualified.
These awards have become benchmark in the field, 75% of those who  have received these awards immediately caught the attention of the system (govt./national bodies) and were awarded soon thereafter!
Below, an over view of those who were selected and awarded.
In last ​7​  years, attendance has  instituted 5 major awards:
The Ram Gopal Award for Best Male Soloist (given in past to
Ramli Ibrahim, Rahul Acharya Aniruddh Knight, Sanjay Shantaram, Satya Raju..);
The Mohan Khokar Award for Overall Excellence/Dance Writing
(given in past to Navtej Johar Anita Ratnam Avanthi Meduri, Madhu Nataraj, Praveen Kumar…)
The Uday Shankar Award for Choreography
(given to Attakalari Jay,  Upadhyay sisters, Syed Pasha, Usha Venkat, Murli Mohan Kalva…)
The USK-Chandrabhaga Rao Dance Couple Award (given  to Anuradha- Shridhar; Raju-Nirupama, Tushar Puja Bhatt…)
The Rukmini Devi Significant Contribution Award given to (gurus Radha Shridhar, Kittu Krishnamurthy, Lalitha Srinivasan, Vasundhara Doraiswamy, )
and Lifetime Achievement Award (given to Guru Maya Rao, Guru J.Mangalore Alva…)
the attendance awards are unique that youngsters (under 50) go on internships abroad (TTB-Italy, Mandappa-France, WCR-Sweden,Germany, USA) and  seniors are documented on film for posterity/archives.
​Dec 9th ​ programme: attendance annual dance awards​ &​ ​performance by  younger awardees​ and seniors shown on film
Share