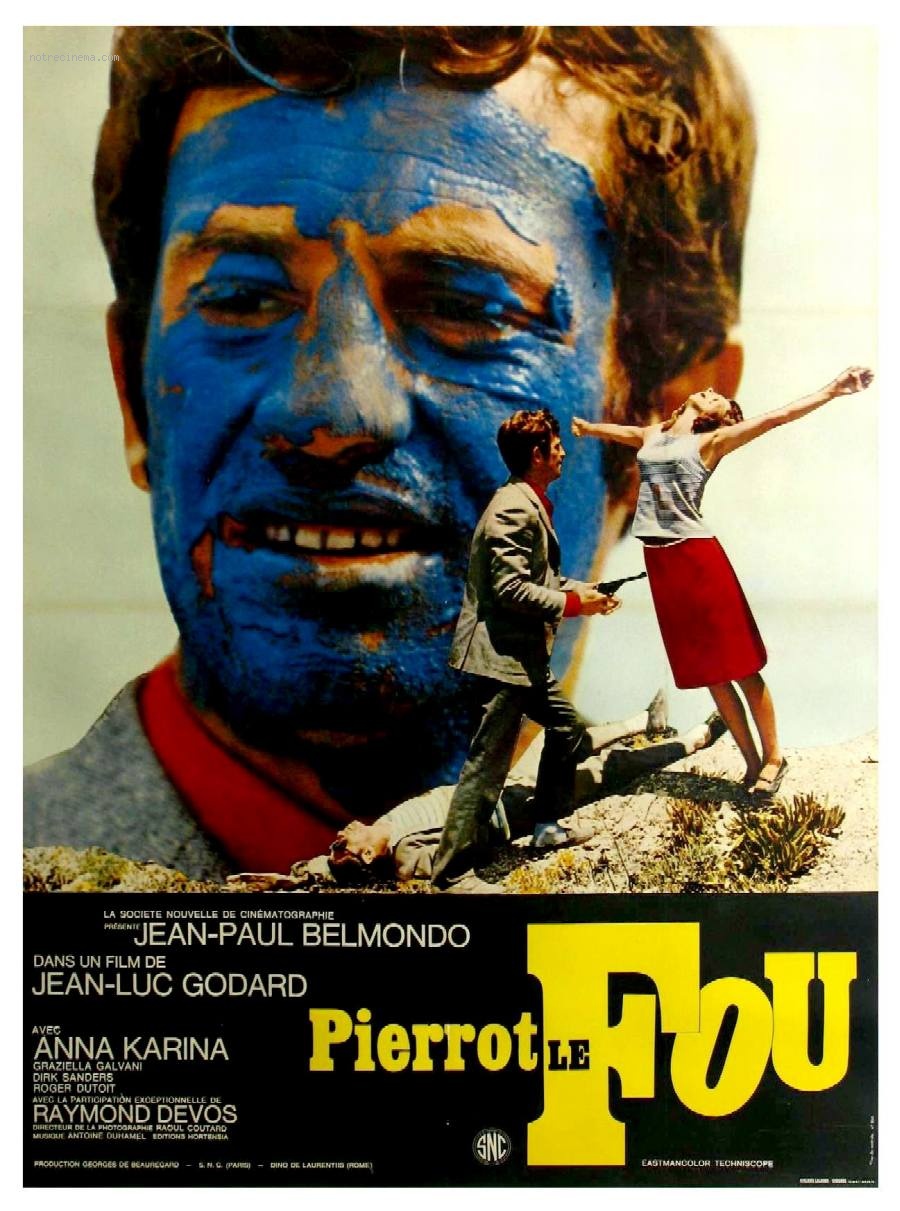 Pierrot escapes his boring society and travels from Paris to the Mediterranean Sea with Marianne, a girl chased by hit-men from Algeria. They lead an unorthodox life, always on the run. Ferdinand Griffon (Jean-Paul Belmondo) is unhappily married and has been recently fired from his job at a TV broadcasting company. After attending a mindless party full of shallow discussions in Paris, he feels a need to escape and decides to run away with his baby-sitter, an ex-girlfriend, Marianne Renoir (Anna Karina), leaving his wife and children and bourgeois lifestyle. Following Marianne into her apartment and finding a corpse, Ferdinand soon discovers that Marianne is being chased by OAS gangsters, two of whom they barely escape.

This screening is a part of the Alliance française de Bangalore and Suchitra Film Society partnership.