Kathputliyaan Theatre Group presents “Jiss ne Lahore Nai Dekhya” on 28th & 29th March 4:30pm & 7:30pm (2 shows per day) An enthralling, and sensitive Hindustani (Hindi /Urdu) play that revolves around the story of an elderly Hindu lady who adamantly stays behind in Pakistan post partition. Tickets available on BookMyShow for Rs.250/- A little more about the play A ... END_OF_DOCUMENT_TOKEN_TO_BE_REPLACED Witness an enthralling display of abstract paintings Exposition of Egyptian story by Egyptian artist, Ms. Abir Ibrahim Shah The program was inaugurated by Mr. Naseeruddin Shah on 14th February at 7:30pm The exhibition will be on display till 6th March. Entry open and free for all.   Here are glimpses of some key moments from the exhibition: END_OF_DOCUMENT_TOKEN_TO_BE_REPLACED 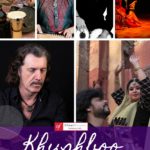 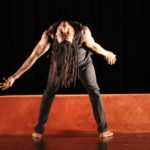 Catch the breathtaking India tour of the contemporary dance show Dance or Chaos by francophone artist, Souleymane Sanogo. A choreographic documentary on a story from Africa. on 29th of January | 6:30 pm Alliance française de Bangalore Entry is free and open for all. END_OF_DOCUMENT_TOKEN_TO_BE_REPLACED Inner Laws is a satirical play written by Bengaluru-based playwright Poile Sengupta in the year 1994. It portrays the toxic relationship of mothers-in-law and daughters-in-law in a mock heroic format. This sitcom reiterates that the real bone of contention between the two is the son! It encourages the audience/reader to reflect, criticize and at the end attempt to transform the ... END_OF_DOCUMENT_TOKEN_TO_BE_REPLACED

We are back with our first Weekday Workshop of 2020! A breathtaking performance you just cannot miss. Entry free and open for all. END_OF_DOCUMENT_TOKEN_TO_BE_REPLACED 3rd edition of Marché de Noël is here! December 14-15 | 3:30pm to 8pm Catch the very best of handcrafted gifts, food, music, and more. Registrations open! If you have handcrafted/home-made products to showcase, write to us at [email protected] to book a stall right away. END_OF_DOCUMENT_TOKEN_TO_BE_REPLACED