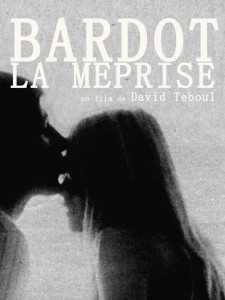 In 2011, Brigitte Bardot consented to the making of a biographical documentary. She did not participate in the film, but gave the director access to places in her life, her homes, La Madrague and La Garrigue, in Saint-Tropez, her family archives, films made by her father, from her birth to her transformation into a screen goddess. From this invaluable material, the director compiles a rare, sensitive portrait that reveals all the contradictions of a woman and a legendary, passionate actress. It also draws on passages from Initiales BB, an autobiography of the actress, comments by Bulle Ogier and film clips.

David Teboul was born in 1967. After an internship at Magnum, he photographed Central Europe, the Balkans and Russia. He made his first film in 1997.