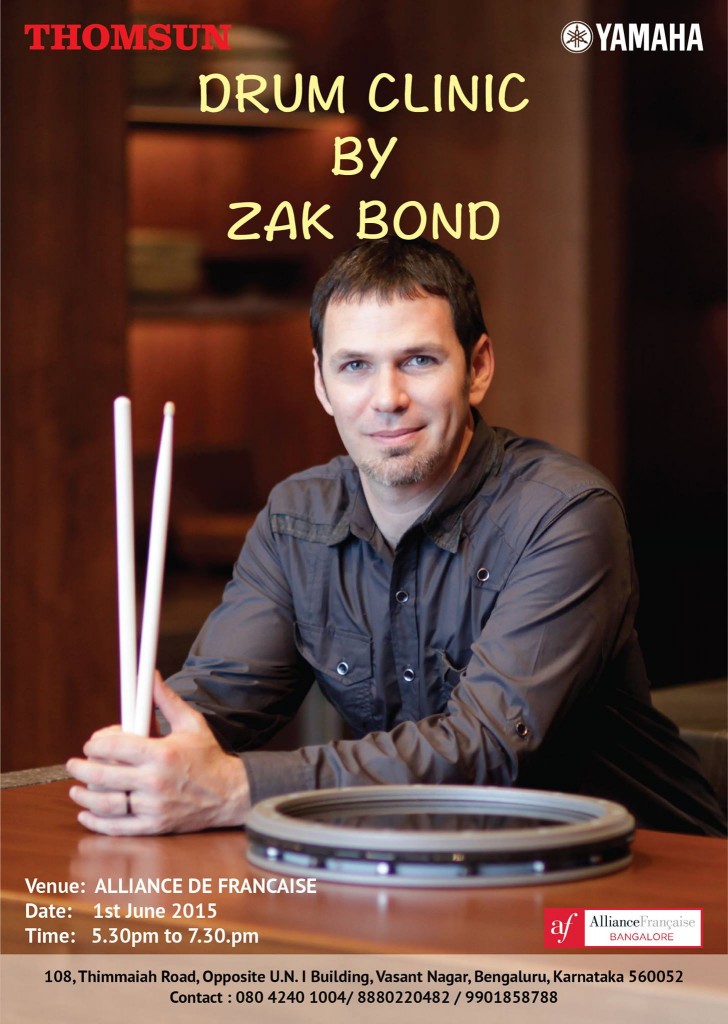 This is a drum clinic organized by Yamaha and Thomsun Music House. We have Zak Bond ,a Percussionist and Instructor, from USA, who will demonstrate the features of the DTX 900 drum kit followed by a performance.

Zak was born and raised in New Jersey. He began his musical career in 1991 after his family relocated to Florida, by performing with local theater production companies. Zak Bond first began studying percussion independently at the age of 10, and privately at the age of 13. His tenure as a member of the drum corps community spanned 11 consecutive years, in which time he achieved 2 Class A – DCA world championship titles, 4 High percussion titles, was honored as percussionist of the year twice and placed top 3 at the DCI World Championships with the Blue Devils Drum & Bugle Corps.