The literature of French expression in Mauritius Island does not only bear the stigma of colonisation, but also a difficulty of finding an identity. Indeed, Mauritius was under French rule from 1715 until 1860, and under British domination from 1810 until 1968, and hosted an ample variety of immigrants, colonizers, slaves, and engaged labour.
After the abolition of slavery, workers, mostly Indians, were recruited as indentured labour, to be sent to Mauritius and some other colonies. For the exiled, the past and the homeland are looked at with nostalgia, and the assimilation in the new territory and its society is a failure. Hence, the Indian engaged kept a strong link and memory with their ancestors’ country.
This lecture aims to explore these links, still visible today, through the history of indentured labour, the presence of an Indian culture visible through language, religion, and social institutions, and indeed the place of women from Indian culture in this society. By creating an Indian insular identity, Indian people not only responded to the discrimination they were victims of in the closeted and compartmented Mauritian society; but they also bewildered the social and cultural configuration of the island.
This is why this analysis will consider works written in French by writers from Indian culture, which let us read, in French, the story of Indian immigration to Mauritius, and the presence of Indian culture in the constructed Mauritius’ identity and society. 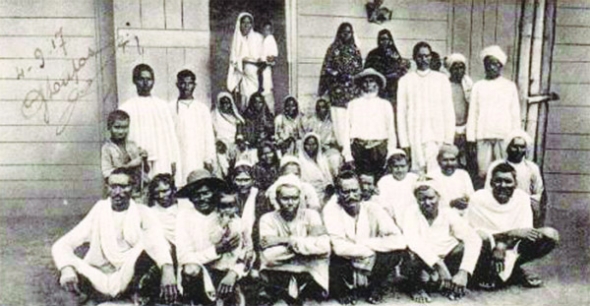 This lecture is a part of the Francophonie week. Organised every year around the 20th of March, which is the « International Francophonie day » as well as the International week of Francophonie and the French Language, this event is the annual rendez-vous of the lovers of French language across the world.