The Alliance française de Bangalore announces 3 contests for this years Francophonie festival, each more exciting than the next.

Are you a keen observer of unusual situations? The AFB offers you the opportunity to display your own vision of the world through its special photographic contest that will take place during the Week for French language and francophonie.

This year, we selected a very gaudy word out of the 10 words that will be celebrated; a word that has its roots in Germany…this word is “Kitsch”! So let your imagination thrive, shoot crazy pictures and send them before the 11th of March(deadline: noon) with a caption of your choice, your class level and the name of your teacher.

The pictures will be posted on Facebook and submitted to an impartial vote counted in number of likes. The photo with most “likes”, wins! We will then join on the 20th of March for a very kitschy award ceremony during which our great winner will be offered a very exciting price! We are looking forward to your massive participation! And don’t forget not to be too reasonable! 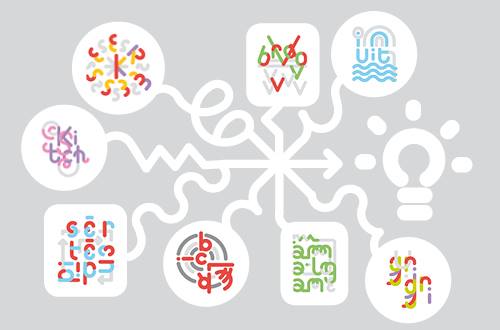 On the occasion of the Week for French language and francophonie, the Alliance Française de Bangalore organizes a unique writing contest among its students. The rules are very simple: you will have to write a short story of your own imagination in 50 words, no more, no less! However, we added a little restraint for more fun. Depending on your level, you will have to pick a certain number of words out of the following list and use them in your story. The words are –again- the ones that we are celebrating during the whole week: “amalgame, bravo, cibler, grigri, inuit, kitsch, kermesse, sérendipité, wiki, zénitude”.

So send us your stories on Français Mathadona and don’t forget to mention your full name, group level and teacher’s name before noon on 18th of March ! Winners will be announced at the student party on 20th March & will of course receive a very special price from us!

3. 5 minutes to win it – Theatre contest This year, the AFB offers you the opportunity to express your acting talents at the occasion of the “Semaine de la Francophonie”.

The competitors will have to build up groups of 6 persons maximum and create their own play. Theme is the 10 words celebrated during the week for French language and francophonie, which are: “amalgame, bravo, cibler, grigri, inuit, kermesse, kitsch, sérendipité, wiki, zénitude”.

Registrations (with full names, group level and teacher’s name of each participant) are to be sent before noon on 18th of March at the following address: [email protected] Your creations will be presented during the student party on March the 20th (and in french, s’il vous plait!). A very special jury will then select its winner for a very exciting price!

These contests are part of the Francophonie week. Organised every year around the 20th of March, which is the « International Francophonie day » as well as the International week of Francophonie and the French Language, this event is the annual rendez-vous of the lovers of French language across the world.