MyFrenchFilmFestival.com is an innovative concept the goal of which is to showcase the young generation of French filmmakers and enable Internet users all over the whole to share their love of French cinema. For its 5th edition, the festival returns with new films, new partner platforms, and launches in theatres in several territories.

Alliance française de Bangalore will organise a screening of selected films in the auditorium. Schedule can be found below.

From 16 January to 16 February 2015 film buffs all over the world will be able to access all the films proposed by the 5th edition of the on-line French film festival. As an avant-première, all the shorts can be seen free of charge on 21 December 2014 as part of the “Shortest Day”, in celebration of short films.

– On-line:
On the platform myFrenchFilmFestival.com for all countries. The festival is likewise available on nearly 30 other partner platforms, according to the territories, including iTunes in 90 countries.

– In Theatres:
Screenings of the films in theatres near you will take place during the festival. Information on where and when will be regularly posted on the website.

– On Flights:
MyFrenchFilmFestival will also be available on board flights. The films will be shown by several airline companies all year long. Once again, all relative information will be posted on the website.

Five prizes will be awarded at the end of the festival (three for features, two for shorts)
• The Chopard Directors Award
Its jury is made up of foreign filmmakers and is presided by a French director.

• The Lacoste Audience Award
Internauts all over the world can vote for their favourite films on the festival’s platform.

The Directors and International Press juries will meet in Paris during the festival to vote for the winning films which will then be shown aboard Air France flights for 6 months as of July 2015.

All of the shorts are free of charge, worldwide. Each year, the festival is free in certain territories. This year in: China, India, Latin America, Poland, Russia and Turkey. 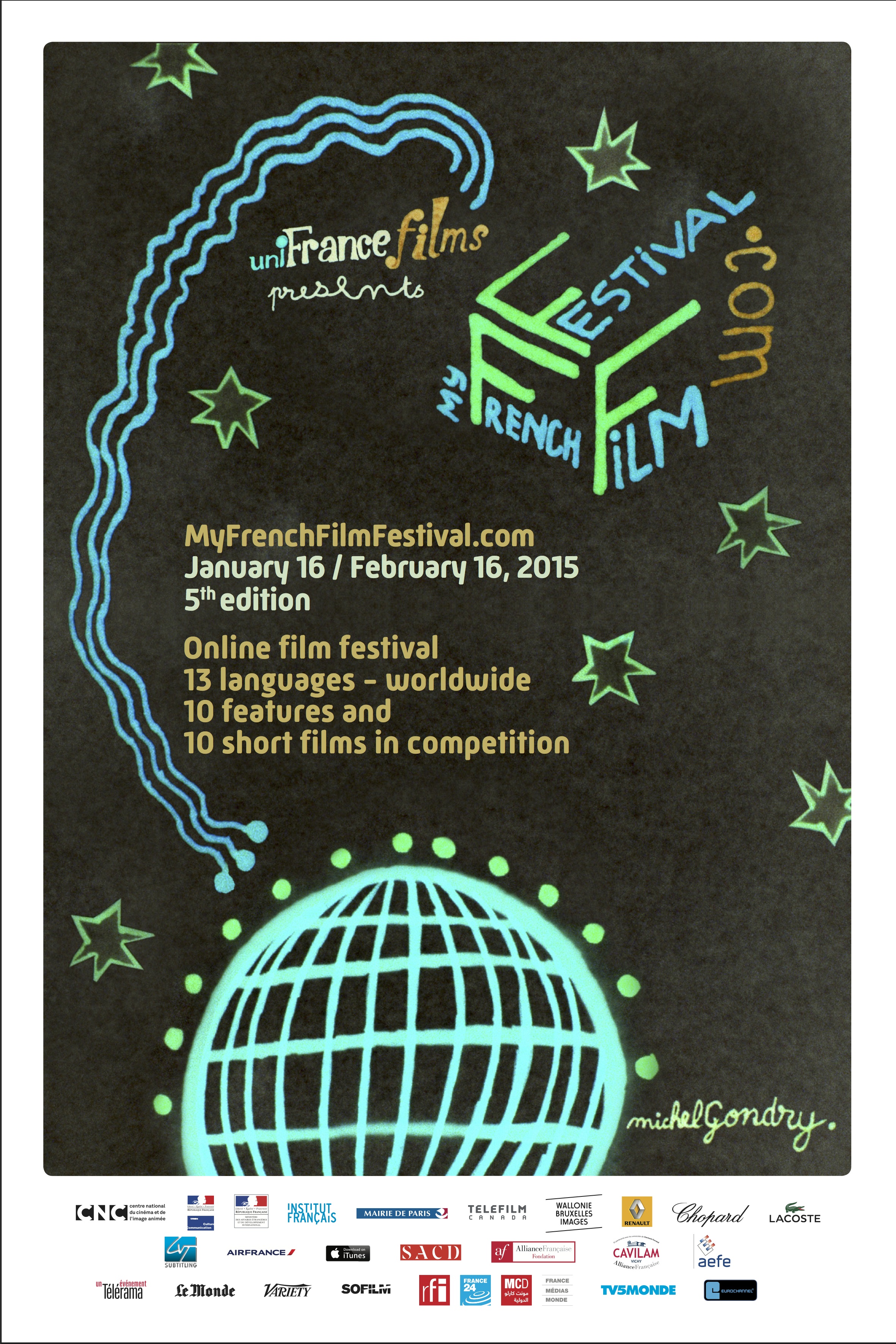